An interdisciplinary team of scientists from the Lieber Institute and Johns Hopkins has discovered more than 50,000 regions of the genome that show different levels of activity in the brain across six stages of human development. Their report1, published online on Dec. 15 in Nature Neuroscience, highlights the complexity of genes associated with brain growth as well as the link between these age-associated fingerprints and neurological and psychiatric diseases.

Previous studies relied on predefined sets of genes to analyze changes in gene expression, but the authors’ used a statistical model that allowed them to identify gene regions with differential expression without the need for existing gene databases. By combining this model with high-throughput genomic sequencing technology, the authors were able to find many known and unknown gene regions that are expressed at different levels throughout brain development. 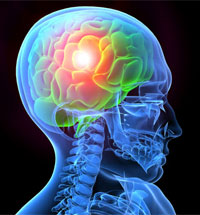 For each region, the researchers evaluated which developmental stage showed the highest activity. Most regions (81.7 percent) have the highest activity in the fetal brain. Not surprisingly, these gene regions are enriched for genes linked to neuronal growth, connectivity and signaling.

More intriguing still is the fact that a large fraction of these “differentially expressed regions” map to areas of the genome not previously associated with gene expression. For many genes, not all of the RNA sequence is useful for making proteins. Some of the RNA regions that do not encode for protein (called "introns") must be removed before the RNA enters the main body of the neuron.

Because the vast majority of the analyzed RNA came from the neuron body, the researchers expected to find very few introns. However, the authors found that 41.5 percent of their differentially expressed regions were attributable to areas of the genome previously annotated as introns. From this work, the researchers were able to conclude that these RNA regions were unlikely to be introns, suggesting that a large fraction of previously unknown sequences in the genome could potentially be made into protein.

The researchers then used bioinformatic methods to explore the association of these differentially expressed regions with genetic risk factors previously linked to neuropsychiatric diseases. They found significant enrichments of known risk factors for conditions including schizophrenia, autism, intellectual disability, Parkinson’s disease and Alzheimer’s disease. For age-related diseases such as Parkinson's and Alzheimer's, risk factors were enruched in regions with high expression late in life. In contrast, schizophrenia risk factors were enriched in regions with high expression early in life.

Findings such as these could support the neurodevelopmental hypothesis of schizophrenia, which proposes that disruptions to early brain wiring may increase the risk of schizophrenia later in adulthood. Overall, this study provides a useful resource for those in the scientific community interested in brain gene expression changes across the human lifespan and the relationship between these changes and neuropsychiatric disease.