Since their discovery in the early 1990s and 2000s, microRNAs have been implicated in a variety of human conditions. Most recently, however, microRNAs are being scrutinized under a different light: not as causative agents in human diseases, but rather as potential guides for cancer detection.

The microRNA is a short nucleotide sequence, usually 21 to 23 bases long, that acts to silence gene expression. There are currently hundreds of known microRNAs, and most exist in unique locations inside the human body. 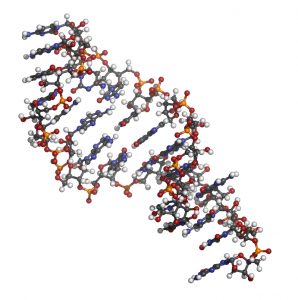 We now know that certain tumors actually produce unique microRNAs that are then circulated in the bloodstream of patients. This characteristic has lead researchers in Germany to test whether these circulating microRNAs can be a viable option for early detection of cancers.

Together with her team at the National Center for Tumor Diseases in Germany, Nina Habermann assembled a group of patients diagnosed with colorectal cancer at stages 1 to 4.

The goal of the study1 was simple: to look for microRNA profiles in these patients versus healthy controls to determine if certain microRNAs discriminate differently between the two groups.

They also looked at whether these tumor-specific microRNA profiles changed at various time points with the surgical removal of the cancerous tumors. Because the tumor microRNAs are secreted into the bloodstream, the team was able to easily quantify the levels of circulating microRNAs with standard techniques. They collected blood from patients at three different time points: one day presurgery, within one week postsurgery and six months postsurgery.

The blood was then profiled against a panel of 16 microRNAs preselected to be high potential candidates for colorectal cancer. The findings show that one microRNA in particular, miR-92a, was distinct between the control group and the patient group, a result that agrees with previous hypotheses.

In addition, they documented changes in microRNA profiles within the patient group at the different times pre- and postsurgery. A total of nine of the profiled microRNAs had lower levels just days after surgical removal of the tumor. The fact that microRNA profiles can change so significantly in a matter of days postsurgery has never been illustrated before, and it highlights the complex underpinnings of microRNAs in our biological systems and, importantly, in cancerous processes.

The implications from this pilot study are tremendous not only to colorectal cancer, but also, potentially, to a whole host of other conditions. The ability to identify a unique microRNA that can discriminate cancer patients from healthy controls opens a great avenue for early cancer detection. While the specificity of the screening procedure needs to be optimized, using microRNAs as a biomarker for colorectal cancer has great potential because of the ease of sample collection, ability for early detection and potential as a postsurgery monitoring method.