Troubling tales of race, poverty and violence seem to span the contours of today’s media. However, University of Pennsylvania criminologist Sara Heller’s research1, published last month in Science, contributes a hopeful voice to the dialogue. In a randomized controlled trial of disadvantaged youth in Chicago, her study shows a significant link between joblessness and youth violence — and proposes a low-cost solution.

Poverty scholars have long argued that unemployment is a risk factor for violent behaviors: Joblessness leads to weaker social bonds and psychic strain, and it reduces the perceived cost of punishment. But until Heller’s study, practical applications of this concept have been lacking, and job assistance programs have largely failed to produce a reduction in youth delinquency. 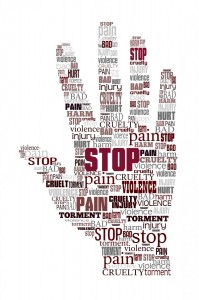 While most previous studies involved individuals already out of the school system, Heller focused on those still in high school. They were C students on average, one-fifth of whom had been arrested previously, and over 90 percent of whom were eligible for free or reduced-cost lunch. She randomized over 1,600 youths to one of two arms: Some were entered into a job assistance program, while the others were not asked to change their daily lives.

Those entered in the program were offered eight weeks of summer employment for 25 hours per week and were provided with job counselors. They worked as camp counselors and office assistants, among other positions. Some worked for only 15 hours weekly but spent 10 hours engaged in “social emotional learning,” based on the principles of cognitive behavioral therapy, and focused on learning to manage emotions and behaviors in various workplaces.

In a partnership with the City of Chicago, Heller followed these individuals for 16 months. Violent crime arrests among those in the intervention arm were reduced by 43 percent when compared to those in the control group. There were no differences, however, in the two groups when it came to other outcomes, like drug or property arrests.

Interestingly, her data suggested that most of the benefit to the youth who had summer jobs occurred not during their period of work but in the several months after. The delay implies that summer work doesn’t merely keep kids out of trouble by keeping them busy; it has a lasting effect. Perhaps such programs give them skills they can build upon for future employment, or maybe they teach them that work is a more attractive option than crime. Further research is necessary to tell the full story of how jobs reduce violence.

Regardless, Heller’s data is a scientific, data-driven argument for what she calls “shifting from remediation to prevention.” The program in her study, which cost around $3,000 per student — $1,400 for wages and $1,600 for administrative costs — may very well be cost-effective when compared to the societal costs of punishment involving prison or parole.

“Well-targeted, low-cost employment policies can make a substantial difference,” she says, “even for a problem as destructive and complex as youth violence.”

« Early Detection of Colorectal Cancer via MicroRNAs » Class of 2015: Four Years a Family