The earthquake left about 4.8 million people homeless,though the number could have been as high as 11 million. Although this disaster itself was so devastating, many inspiring stories still managed to surface during that time. 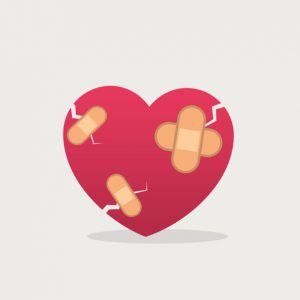 It’s amazing that it is within this horrific tragedy that I find one of the most moving stories I’ve ever heard. On May 13, the day after this earthquake, rescuers saw a woman lying motionless in the ruins of Beichuan County.

Through a pile of reinforced concrete space, people could see the position of her body. She was kneeling down, prostrated, as if worshipping the ancients. Her upper body was creeping forward, and her hands were on the ground for support. Her body was so disfigured from the disaster that no one could bear to look at her.

After the rescuers confirmed her death, the leader of the rescue team found a living child under her. This 3- or 4-month-old baby was wrapped with a small, red, flowered quilt. Because of his mother’s protection, he was not injured at all and was still peacefully asleep.

When the accompanying doctor untied the small quilt for physical examination, he found a mobile phone with a message written on the screen that said: “Dear baby, if you can live, please always remember that I love you!”

I cannot say how shocked I was the first time I heard this story. The only thought I have is that it’s never been clearer to me that love is the most amazing and powerful thing in the world. I hope we all can learn from the unconditional love epitomized in this story and give our love to the people around us to make our world a better place.

Xin Liu ⋅ A Day in the Life, Perspectives in Research earthquake ⋅