In late March 2015, Angelina Jolie penned a new op-ed, “Diary of a Surgery,” in which she detailed her continued struggles with hereditary cancer risks. After having a preventive mastectomy in 2013, she recently shared her decision to have her ovaries and fallopian tubes removed, in an effort to prevent a cancer that killed three women in her family.

The decision to publicize her very private struggles with familial cancer was borne out of a desire to empower other individuals in their own health choices. Indeed, her example has created a ripple effect of women asking questions about their own cancer risks. But is there a hidden cost to being so proactive? 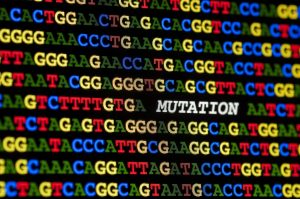 The genes implicated in breast cancer, BRCA1 and BRCA2, are involved in DNA repair. Deleterious mutations in these genes can significantly increase an individual’s risk for breast and ovarian cancers, among others. More than two decades since their initial characterization, BRCA1 and BRCA2 have become two of the most studied genes in the human genome. The results of these efforts have funneled into the Breast Cancer Information Core database, which catalogs the many different mutations in the two genes. While the archive of variants for BRCA1 and BRCA2 is an invaluable resource for physicians and patients to interpret genetic results, this archive is far from complete. Furthermore, not all variants in this archive are definitively known to be benign or pathogenic.

Variants that fall in a so-called gray zone between benign and pathogenic are called variants of uncertain significance (VUS). These ambiguous mutations occur in an estimated 10 to 15 percent of individuals who undergo genetic testing for BRCA1 and BRCA21. The incidence of VUS increases for nonwhite populations, climbing as high as 46 percent in African-Americans2. Moreover, with the rapid move toward multigene panels and whole-genome/exome sequencing, the overall likelihood of uncovering a variant in the unknown gray zone for any gene is even greater.

So often, we categorize in binary terms — on/off, black/white, yes/no — and it’s easy to forget there can be a middle, murky gray zone. Results for BRCA1 and BRCA2 testing do not come back in only two forms (benign or malignant); rather, results can be anywhere in between, even for well-characterized genes like BRCA1 and BRCA2.

Unlike mutations that can be classified neatly into the different categories of pathogenicity, mutations classified as VUS are often not actionable because the clinical consequences are murky. Arguably, bearing knowledge of an unknown is a burden that is heavy on physicians, genetic counselors and patients. As this burden is further highlighted, various efforts have been put forth to better handle management of VUS. These include establishing standardized protocols for classifying variants, reporting results to patients and following up with patients in cases of variant reclassification.

So where does that leave an individual considering testing for BRCA1 and BRCA2 — or any gene, for that matter? Tough questions warrant tough answers, and when it comes to genetic testing, the answers are rarely straightforward. However, in the case of VUS, knowing what we may not know can still be powerful, as it can directly shape expectations of outcomes.