Is Convenience Harming Our Children?


I recently took care of a young infant who was found to have eaten a single-use detergent sac, otherwise known as a laundry pod. The child’s mom called 911 because of vomiting, but by the time the paramedics brought the patient to the emergency department, he was barely conscious, breathing hard and fast, intermittently gasping for air. At one point, we considered inserting a breathing tube and connecting him to a ventilator to help him breathe. This little boy was fighting for his life all in the name of convenience. 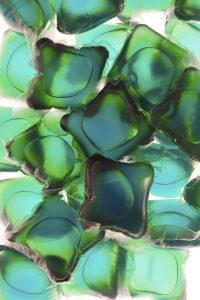 Lucky for this infant, the situation turned around and worked out for the better. Still, I could not help but wonder: Is the convenience worth it? Laundry pods were designed to make doing laundry easier, less messy and more portable. Each pod is more highly concentrated than regular detergent and is covered with a chemical called polyvinyl alcohol.

This substance easily dissolves in water and, while beneficial for releasing the detergent into your load of laundry, it can also easily dissolve in an infant’s mouth — no teeth required. Once ingested, the detergent can cause burns in a child’s esophagus and stomach, and it can end up in a child’s lung and make it difficult to breath. There has already been one death from these laundry pods and multiple morbidities.

There were 17,230 children under 6 exposed to laundry detergent pods in 2012 and 2013 combined. Of those exposed, children younger than 3 accounted for 73.5 percent of cases. In these cases, the major route of exposure was ingestion, accounting for about 80 percent of cases.

Importantly, exposure to these pod-based detergents had a significant effect on the severity and types of reactions the children had. For instance, among children under 5, a significantly greater proportion of those exposed to laundry detergent from pods had gastrointestinal and respiratory adverse health effects and mental status changes. However, those children who were not exposed to laundry detergent mostly presented with choking, trouble breathing and vomiting. When compared with those exposed to detergent not from pods, pod-exposed individuals were significantly more likely to have a minor, moderate or major medical outcome.

In order to elicit change, we have to be better advocates for our children. This can only occur when we realize and address the problems that face our children on a daily basis. These are problems we can easily help to prevent as a community and as a commercial industry.

Let us resolve to be better advocates for our children and be certain that convenience won’t get in the way of our children’s health.