Some oft-prescribed antibiotics, including penicillin and cephalosporin, share a common motif in their chemical structure: a small group of atoms arranged in a ring, called a β-lactam. These β-lactam antibiotics utilize this unusual structure to disrupt the cell wall synthesis in bacteria, greatly inhibiting their ability to spread throughout the body. Unfortunately, how these ring structures are formed is unclear, but this knowledge would lead to an incredible potential for new antibiotic synthesis.

Interestingly, the Townsend Lab at The Johns Hopkins University had a recent paper published in the journal Nature that looked into this. Using a large array of assays, the authors discovered a novel mechanism by which these rings can form. 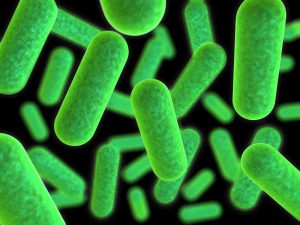 Darcie Long, a fourth-year in the Chemistry-Biology Interface Program and one of the authors of this study, explained that while most of the clinically relevant β-lactam antibiotics have two fused structures, a different class, called moncyclic antibiotics, only has one ring structure.

Therefore, to better understand this single-ring class of antibiotics, the authors investigated the ring formation in one specific family: norcardicin.

Long and lead author Nicole Gaudelli worked together on all of the benchwork that led to the discovery of the mechanism. They found how the nonribosomal peptide synthetases (NRPSs) were able to create a ring structure in the norcardicin family. Intriguingly, this enzyme has been identified in many natural products, and the findings of the paper shed light not only on the β-lactam antibiotics, but also on these interesting enzymes.

Even more intriguing is the potential that exists for creating new antibiotics by hijacking the NRPS-mediated mechanism. “If we could successfully engineer the NRPS so that its substrate promiscuity increased, we could feasibly use it to synthesize novel monocyclic β-lactams,” Long says.

While this project in particular has many obvious successes tied with it, a lot of work went into the final product. Specifically, Long remembers the time-consuming practice of satisfying the reviewers’ requests after the paper was submitted.

When asked what lesson she had learned and would want to share with other trainees, Long answered: “Make sure to think carefully about potential reviewer questions that could come back and prepare for them ahead of time so you’re not scrambling after getting reviews back.”

Still, Long remains grateful. “You often do a lot of lab work in grad school that does not necessarily get published for one reason or another, so seeing all the work we put in come out in the form of a publication was really satisfying for me.”

Hopefully, her words serve as a reminder to us all that eventually hard work does pay off, and that it never hurts to be overprepared.

« Meet Chris Cho: M.D.-Ph.D. and BCMB Student, Plus Ballet Dancer Extraordinaire » It Is Our Showtime