How many times have you tried to explain your research to a friend, only to get a blank stare back? Such was the case with Daniel Pham, a graduate student in the Department of Neuroscience working in the Meffert lab. Daniel first realized his problem while trying to explain his research to his boyfriend and found himself “mumbling about how brain cells are like a series of interconnected roads, with trucks delivering cargo from one set of roads to another, then unloading when they reached a state border.” 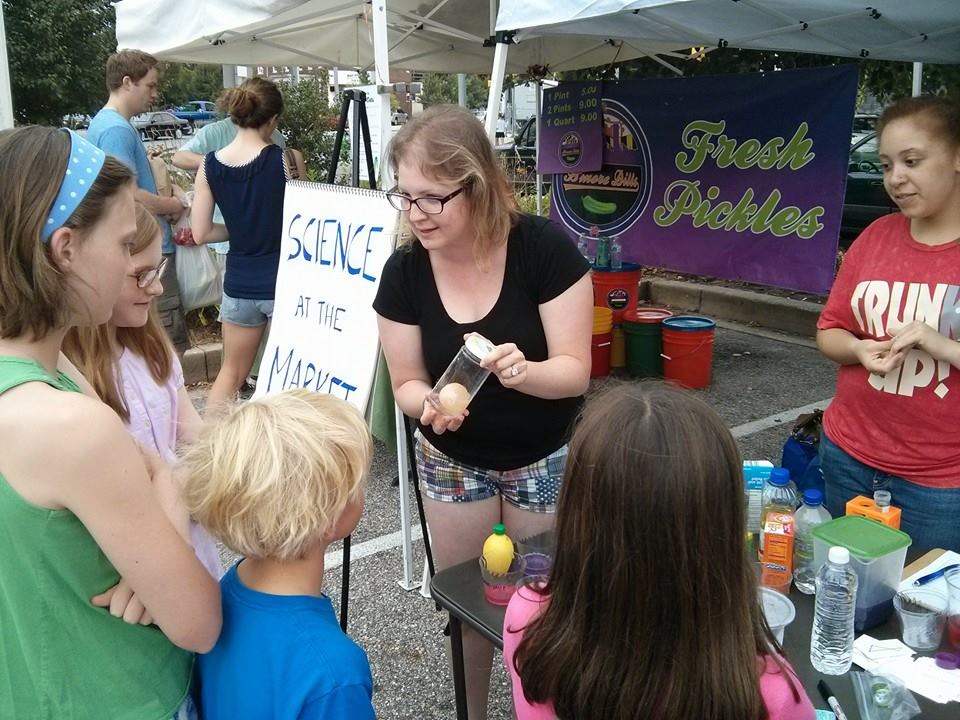 This analogy not only failed but also confused both participants. After realizing how difficult it was to explain his research, Daniel reached out to his classmates, Wendy Xin and Joe Bedont, and realized that many other scientists face a similar difficulty. In November 2012, along with two other graduate students, Naoko Kozuki from the school of public health and Molly Needelman from the Maryland Institute College of Art/Carey Business School, they founded Project Bridge, a group designed to connect scientists with the community at large.

The initial goal was to have two types of events: one to train scientists to discuss their work with the public, and the other to foster science-public interactions. Currently, the group hosts an annual Casual Night of Science, a TED-inspired set of lectures from experts; a monthly Baltimore Science Café, a discussion of a broad topic by a Johns Hopkins researcher at Red Emma’s; and a monthly table at the 32nd Street Farmers Market, an interactive event with entertaining experiments and presentations.

These events provide an important and unique way for Johns Hopkins trainees to communicate with the public — an immensely important yet remarkably difficult skill for any scientist. Most importantly, the group is constantly growing in both membership and projects. And, according to Daniel, group members are able to initiate projects as they see fit and can rely on Project Bridge for financial and volunteer support.

When asked about the most important thing a scientist needs to know when interacting with the public, Daniel advised to keep the level of detail to a minimum so that people will still see the big picture. “Once they see the big picture, there needs to be some type of connection to their life — why does this matter? Why should I care? How does it affect me? Getting the public involved in the discussion only helps to better our own understanding and streamline our science.”

As with anything, practice makes perfect, and a natural starting place is with friends and family. Daniel suggests to “try explaining your science research with them, and see if they can explain it back to you. It’s always fun, and even if you make mistakes, you can keep trying. After all, it is how Project Bridge was formed!”

If you want to become involved with Project Bridge, email projbridge@jhu.edu to be added to the listserv.