Go to any laboratory, talk to any scientist, ask any graduate student about a technique called polymerase chain reaction (PCR), and just about everyone will have heard it and used it before. In a few years’ time — if not already — the CRISPR-Cas9 system will likely achieve the same level of pervasiveness. 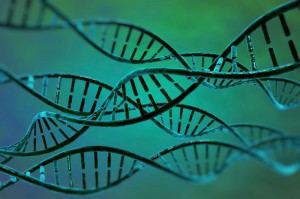 The system, naturally occurring in bacteria as a mechanism for self-defense against invading viruses, is elegant in its simplicity. At its core, the system requires recognition of two palindromic sequences that then enables the cutting of those DNA sequences by a protein (cas9), thereby protecting the bacteria.

Because it is highly specific and efficient at cutting DNA, scientists soon retooled the bacterial CRISPR-Cas9 for use in genome editing with the premise that if specific sequences can be cut out, genes can be knocked out. Furthermore, sequences that are cut can be replaced with DNA of interest, allowing the study of specific mutations. The simplicity, along with great efficiency and accuracy, lent itself to be adapted as a powerful tool to modify virtually any genome. This has particularly significant implications for the field of gene therapy, whereby genomes are manipulated for disease treatment or prevention.

Here are some ways that CRISPR is currently affecting gene therapy for some disorders for which limited treatment is available.