Dancing with the Hopkins Stars Raises $52,000 for United Way

Dancing with the Hopkins Stars took to the stage on May 26 in a night of incredible energy, fun, glamour and success for United Way, the charity for which the event took place. Proceeds went straight to United Way’s programs for the Baltimore community, and, at night’s end, over $52,000 was raised. 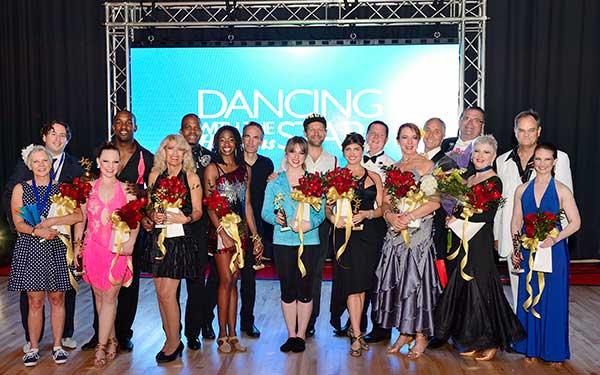 Pamela Paulk wowed the crowd when she was flipped by her partner, Dorry Segev. The two took home the first of two trophies at the end of the night, for audience favorite. The second went to Lucio Gama and JoAnn Ioannou, who won for raising the most money, an impressive $11,666, for The Journey Home, a United Way program aimed at ending homelessness.

Other highlights included the opening number, in which Landon King and Kat Ries danced “The Hustle,” a performance filled with an array of surprising and exciting drops and lifts. Katie Marks and Mike Carducci also performed a jaw-dropping tango, in which Marks slinked across the stage before suddenly dropping into a perfect split.

Monica Compel and Corey Rhames performed a series of shimmies that left the crowd in stitches. Not to be outdone, Alan Partin and Julie McArthur performed a Viennese waltz, at the end of which Partin rained down a pile of fake money into the crowd.

Even more glamour followed with Joseph Califano and Elizabeth Tracey, who appeared to genuinely sparkle on stage. Erika Benson and Darren Brownlee performed a fun and sizzling salsa, and Allison Agwu and Elliot McVeigh lit up the stage with unparalleled chemistry in a beautiful freestyle routine.

My partner Pablo Celnik and I took to the stage with a hip-hop number, and Pablo showed off his recently discovered skills as a dancer. He did the A-Town Stomp like a pro, and as evidenced by the strong lifts in our routine, he was a perfect partner.

The whole night was an incredibly fun event. If you’d like to support the cause, donations can still be made at the event website.