Peruse through a few articles from major journals and you’d likely come across a new buzzword: CRISPR/Cas9.

Short for clustered regularly interspaced short palindromic repeats/CRISPR-associated nuclease 9, CRISPR/Cas9 is a novel way for researchers to manipulate and edit genomes. But gene editing is not a new concept. So what makes this system so powerful and transformative? Its relative ease of use and high efficiency. 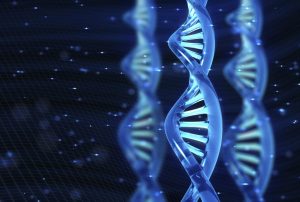 This technology has been wildly popular, adopted by researchers worldwide, including many at Johns Hopkins. Recognizing the utility of CRISPR/Cas9, the Institute of Genetic Medicine recently held a CRISPR/Cas9 symposium for the Johns Hopkins community. The day’s talks included presentations on both the theory and practical application of the system. Topics ranged from experimental tools, including in vitro cell lines to multiple animal models, to commonly encountered problems with the system and how to troubleshoot them.

In the talk, Andrew McCallion, an associate professor of molecular and comparative pathobiology, shared a beautiful example of how CRISPR/Cas9 is fast enabling bench-to-bedside research. McCallion shared a case study of a patient born with severe facial dysgenesis. He discussed how his lab utilized the CRISPR/Cas9 system to model this rare disease in zebrafish by knocking out the putative causative gene. Remarkably, the knockout fish showed similar facial features as the patient. In another talk, Geraldine Seydoux, a professor of molecular biology and genetics, presented fascinating data on using the CRISPR/Cas9 technology in C. elegans, a nematode worm that is a commonly used animal model for genetic experiments. Gene editing in these worms can be done using a simple injection and, because of their short life cycle, researchers are able to screen for positive heterozygous mutants by day four and homozygous mutants by day eight. During her talk, Seydoux presented some intriguing data on her experiences with the optimization process of genome editing, specifically using the CRISPR/Cas9 system. The optimization data applied to many parts of the system and, because of the universality of this type of technique, could be utilized by anyone interested in trying this system.

Another particularly intriguing aspect of the CRISPR/Cas9 system is that it allows for the creation of animal models of human diseases in mere months, a process that typically takes multiple years with traditional methods. Case in point: Joel Pomerantz, an associate professor of biological chemistry, presented data on the first knockout mouse achieved at Johns Hopkins by the CRISPR/Cas9 system. Not only was this mouse model created much faster because of this system, but the costs associated with its generation were significantly less. Pomerantz estimates the CRISPR/Cas9 system is approximately 10 times less expensive and five to eight times faster than conventional embryonic stem cell strategies for generating knockout mice. His work is paving the way for more CRISPR/Cas9 use in mice at Johns Hopkins.

It was clear the symposium was a fantastic hit; even at then end of the last talk, four hours later, the auditorium was overflowing with students and faculty members alike. With the willingness of our Johns Hopkins labs to share in knowledge and resources, it is only a matter of time before more and more of our own researchers make new waves using CRISPR/Cas9.