Imagine a scenario where a patient comes into the clinic with a suspected cancer. The clinician not only confirms that the patient does indeed have cancer, but also identifies a specific gene abnormality that is driving the tumor. Without hesitating, the doctor prescribes a cancer drug that specifically targets the gene mutation responsible for the disease. 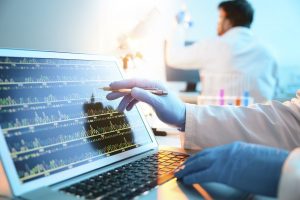 Tailoring cancer drugs to precise gene abnormalities in cancer has long been a dream of both clinicians and patients alike because it has the potential to avoid unwanted side effects that current broad-spectrum therapies have. To date, a systematic clinical trial evaluating whether using precision medicine is suitable for the clinic has not been done.

To address this issue, in June, the National Cancer Institute (NCI) officially launched one of the most ambitious trials for personalized medicine at the American Society of Clinical Oncology. Called the Molecular Analysis for Therapy and Choice (MATCH), or NCI-MATCH study EAY131, the trial will measure the effectiveness of more than 20 different cancer drugs and combinations in cancer patients, with each targeting a specific gene mutation that matches the molecular abnormality. The treatments used in the study will include both FDA-approved drugs and those currently being investigated by pharmaceutical companies to ensure there is enough safety data and evidence that they may be effective against a specific gene abnormality.

The phase II trial will initially include 10 substudies, each focusing on different targeted treatments. and will expand to include 20 different research arms by the fall. With patient enrollment beginning this month, the study parameters for the first 10 arms have already been sent to the more than 2,400 participating sites. Doug Lowy, acting director of NCI, states that this is “the first study in oncology that incorporates all the tenets of precision medicine” and “holds the potential to transform cancer care.”

One unique aspect of the trial is that it is calling for one-quarter of the 1,000 patients enrolled to include patients with rare cancer types. These patients could truly benefit from such personalized treatments.

With an ambitious study design and many variables, the primary endpoint is focused on the overall response rate, i.e., the proportion of patients whose tumors shrink by a predefined amount over a set time period. A secondary endpoint will measure the six-month progression-free survival, which will indicate whether the patient’s disease has remained stable.

Just as the completion of the Human Genome Project enabled scientists and clinicians to better understand diseases such as cancer. Through the efforts of NCI-MATCH, the future of precision medicine in treating patients is well on its way to becoming a reality.