Legislative Bill Prompts Discussion of Cross-Talk in the Scientific Community

Earlier this month, the U.S. House of Representatives approved a bill directly impacting the biomedical research community. If approved by the Senate, the 21st Century Cures Act promises to increase the budget of the National Institutes of Health (NIH) and provide it with an additional $8.75 billion over the next five years. The Food and Drug Administration (FDA) will also see an additional $500 million in funds. 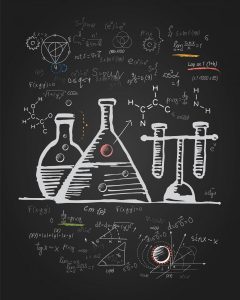 The bill’s components extend beyond increasing funds; the overall goal as described by the authors is to “accelerate the discovery, development and delivery of innovative cures, treatments and preventive measures.”

The specific means by which the bill proposes to “accelerate” these aspects have sparked a thought-provoking debate in the scientific community. The idea of “accelerating” seems to suggest pushing science forward along a single path. However, many times, progress is achieved through following tangential paths, a kind of organized chaos.

This point is particularly salient in technical innovation. Tools developed to advance one field may prove incredibly useful for entirely different purposes in another field.

For example, an unusual overlap can be found in the fields of prenatal testing and cancer detection by use of cell-free DNA (cfDNA). First described in 1948, cfDNA is genetic material existing independently of cells and circulating in bodily fluids. After this discovery, oncology researchers began describing increased levels of cfDNA in cancer patients, which was eventually attributed to circulating tumor DNA. Meanwhile, prenatal testing took a great leap forward when fetal cfDNA was discovered in maternal plasma.1 The fields of oncology and obstetrics have since been developing uses for cfDNA in parallel, and their techniques have been overlapping with great success and consequently driving both fields forward.

As evidence for the effectiveness of parallel development, a recent JAMA article describes an explanation for the rare instances of discordance occurring from noninvasive prenatal testing (NIPT).2 In NIPT, cfDNA can be used to detect fetal chromosomal abnormalities. This method can be used to screen placental DNA for abnormal numbers of chromosomes, including trisomy 21, the cause of Down syndrome, as well as abnormal numbers of chromosomes 13, 18, X and Y. However, in a cohort of 125,426 patients, 3,757 were found to have chromosomal abnormalities that did not correspond to fetal chromosomal abnormalities. Instead, it was discovered that these women, in fact, had cancer. The cfDNA was originating in the mothers’ cancer cells, not the placental cells.

In this setting, the use of cfDNA proved its worth in both detecting high-risk pregnancies and detecting occult cancer. While these two technologies appear to exist in parallel, this article shows that they can directly overlap.

The magic of science does not reside in its linearity, but rather in its interconnectivity. Advances in one field can branch into another, and tools developed originally for one intention can be repurposed in an entirely new context. The cross-talk in science is crucial for overall forward progress, and these interconnected paths provide a unique way in which to best “accelerate” science.