Before I came to medical school, I had a very simple understanding of the components of patient care. In my mind, all patients had the same basic needs, which physicians provided along the road to cure. After four years, I now realize patient populations are incredibly diverse and far more complex than I could have imagined, and patients’ needs change with the severity of their conditions. Identifying and addressing these unique needs has become an important goal of current research, which offers to further personalize and improve patient care. 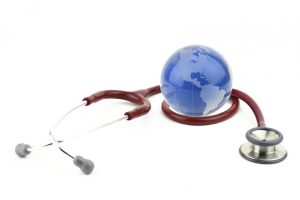 As evidence of this fact, the New England Journal of Medicine published an article recently describing the outcomes of underfeeding critically ill patients. The trial studied a population of 894 critically ill patients, roughly half of whom were randomized to a group given a standard caloric intake, while the other half were given a diet limiting nonprotein calories but maintaining standard protein calories — so-called permissive underfeeding.

This study was performed because of conflicting data, some of which had suggested permissive underfeeding might improve patient outcomes. However, over the course of 90 days, researchers determined there were no significant differences in mortality, infections and other similar outcomes between the two study groups1.

If I had read this article prior to medical school, I would have struggled to understand its purpose. The idea of underfeeding the critically ill seems dismissive of these patients’ needs. The truth, however, is the opposite. The critically ill often have very different needs, and this idea has led to the rise of a research field dedicated to the requirements of this patient population. Furthermore, this area of research prompts important discussions about how we care for the very sick.

For me, this discussion came to the forefront when I began my neurology rotation at the end of my second year. In the field of neurology, many diagnoses are incurable. However, this does not mean patients cannot benefit from their doctors’ care. In contrast, our role as providers is just as important in maintaining quality of life as it is maintaining quantity, and even in the face of a fatal diagnosis, we can still work to give patients their fullest lives possible.

Previous work has focused on similar topics in treating the terminally ill. In 2010, the New England Journal of Medicine published an article describing the effects of early palliative care on patients with metastatic non-small-cell lung cancer. The results were remarkable. Overall quality of life assessments were significantly higher in the palliative care group. In fact, rates of depression in the palliative group were almost half the rates in the standard care group2.

Studies like these in critical and palliative care are growing in number and are illuminating the needs in two very important fields of medicine. We should not undervalue quality of life as a care goal. Lives should be lived, and even in the context of severe or incurable disease, there is a great deal of healing physicians can provide. Comfort is a strong outcome, even in the absence of cure.