It is truly awe-inspiring to go to Orioles Park at Camden Yards and watch the O’s play. What is most thrilling to watch is when a player hits a home run. There is nothing as exhilarating as watching an athlete fulfill his or her potential, especially because of the immense amount of precision required in performing this task. In order to have hit the home run, the batter had to have precisely timed his swing from when the ball left the pitcher’s hand. Not an easy feat when the ball can be traveling upwards of 90 miles per hour. 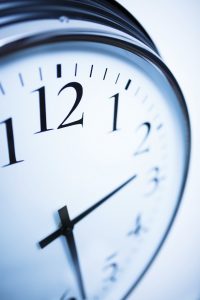 In general, the human capacity for performing these amazing actions is not well-understood. How do we perform such exact timing? Similarly, how do we perceive the passage of time? In a recent study from the Hussain Shuler lab, these very questions were addressed, albeit using nonbaseball-playing mice.

The researchers had previously shown that potential timing signals exist within the primary visual cortex, or V1, an area historically thought to be a passive filter for incoming visual information. This finding in and of itself is an exciting one, suggesting that this “lowly” brain region is actually performing complex computations that guide behavior. Specifically, the past results indicate that after learning a flash of light predicts a water reward, the neurons within V1 show distinctly modulated activity patterns.

In the present study, published recently in the journal Current Biology, the investigators were able to specifically hijack the neurons that release the neurotransmitter acetylcholine to determine if the neurotransmitter release alone was sufficient to bring about the same temporal learning activity patterns. The authors were able to introduce a light-activated channel into the neurons that allowed for their selective activation when exposed to blue light, in turn leading to the forced release of acetylcholine. Intriguingly, by activating the parts of the neurons specifically within the V1 area, the authors were able to recapitulate the same findings as before — after the release of acetylcholine, neurons in the V1 area showed modulated activity patterns just as they had when animals learned an association between the light and a reward. From this, the authors conclude that acetylcholine, by itself and without any actual reward, can induce the same timing signals within the V1 area by acting as a reinforcement signal.

These findings are most interesting when paired with past results from the same lab. Previously, the group found that the same neurotransmitter, acetylcholine, is necessary for neurons to update their timing responses, but not to maintain a response. Future studies are necessary to further elucidate the phenomenology within this enigmatic brain region and determine to a greater extent how these signals could be used to guide and adjust behavior.