The CRISPR/Cas9 wave that’s recently swept through the scientific community is now churning up a storm of controversy in its wake. Due to its relatively low cost and high efficiency, CRISPR/Cas9 has facilitated many breakthroughs in the areas of genome engineering, many of which are oriented at improving human health. Proof of this technology’s power is yet to be disputed. However, many are concerned about the use and possible misuse of such a potent tool, mainly with genetic editing of the human germline. 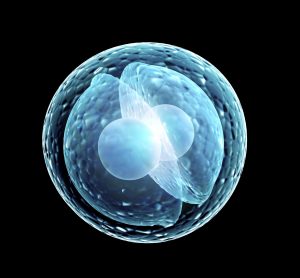 While concerns over implications of human genome editing have been raised repeatedly, the controversy was recently reignited in response to the published work by a group of researchers in China. In their study, Puping Liang and colleagues reported using CRISPR/Cas9 editing to manipulate a single gene in human pre-implantation embryos. They reported 14.3 percent success in their editing attempts, though all edited embryos were mosaics, an indicator of off-target effects of CRISPR/Cas9.

The purported goals of the research were to better understand how the cell repairs a mutation when supplied with a corrected DNA template and to explore the CRISPR/Cas9 process in human zygotes, something that has yet to be reported. Citing ethical concerns, the researchers explicitly used human tripronuclear zygotes. These are fertilized egg cells that are nonviable because they have three sets of chromosomes.

Even before being officially published, the article triggered a frenzy of responses from many communities, including the scientific, medical, ethical and public alike. Many questioned the scientific legitimacy of the research, and many more questioned the ethical consequences stemming from its results. Though the embryo cells used in the research were nonviable, the relative success achieved combined with the ease of use of the CRISPR/Cas9 technology made many wary about the potential for use in viable embryos. Ethical and safety concerns are rampant on this topic, with many from the scientific community calling for a complete moratorium on human genome editing.1, 2

Still, important questions have been asked. Have we unleashed an indomitable beast in the CRISPR/Cas9 tool? Are we on a path toward designer babies? Is the future of human germline modification inevitable? These and many other questions are addressed in a recent article published in Nature Biotechnology, where experts in the community weighed in on the topic. As you consider these issues, keep in mind the same types of discussions, debates and controversies that surrounded techniques such as in vitro fertilization and mitochondrial replacement therapy.

CRISPR/Cas9 offers tremendous possibilities in the advancement of human health. Notably, the tool is being researched in a variety of human diseases, including HIV/AIDS and several forms of cancer. But as with any new technologies, the benefits of CRISPR/Cas9 are countered by equally immense risks arising from unintentional consequences and misuse. Recognizing this, the National Academy of Sciences and National Academy of Medicine have announced the Initiative on Human Gene Editing to draft ethical guidelines for future human genome engineering. The first international summit will be held in the fall of 2015.

How the future of human genome engineering will be shaped is yet to unfold. Nevertheless, as a graduate student who has used CRISPR/Cas9 in the lab, I don’t think the future of CRISPR/Cas9 is all that grim. With so much discussion and awareness from the scientific, medical and ethical communities, among many others, I am optimistic that we will strike a balance between benefit and harm with this new tool.

How do you, readers, weigh in?