Hobbies Offer Scientists a Much-Needed Break from the Lab

Last year — on a whim, and to temporarily escape the stresses of neuroscience research — I began to take improvisational comedy classes with the Baltimore Improv Group (BIG). Once a week, I’d leave the world of pipette tips, blinking displays and squirming mice and instead be transported to whatever reality my scene partners and I would create. 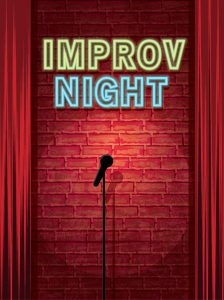 It harkened back to my childhood games of pretend. Except that now I was an adult in a synagogue basement miming that I was a robot waiting impatiently at a bus stop on the road to world domination.

The classes were energizing, exciting and always unpredictable — who knew what would happen each time you stepped on the stage? Following each class, I felt rejuvenated and more focused, ready to again tackle my research question and to charge into another round of troubleshooting.

A recent article published in Nature emphasized the benefits of engaging in leisure activities outside of scientific research. Researchers from diverse disciplines shared their equally varied hobbies, from boxing to skydiving to — believe it or not — stand-up comedy, and talked of how these activities aided in “sharpening their minds, building confidence and reducing stress.”

However, there are critics in academia who believe that these other pastimes distract from science. Given the hypercompetitive environment of scientific research today, the belief that a researcher who invests time in a hobby would fare worse in things like grant writing and paper submissions is understandable. One might think his or her time would have been better spent at the bench.

The Nobel laureate and father of neuroscience, Ramón y Cajal, would have addressed these concerns thusly: “To him who observes them from afar, it appears as though they are scattering and dissipating their energies, while in reality, they are channeling and strengthening them…. The investigator would possess something of this happy combination of attributes: an artistic temperament which impels him to search for, and have admiration of, the number, beauty and harmony of things.”1 For Cajal, exploration of diverse interests and development of different talents builds creativity and produces better science.

Interestingly, a study published in 2008 by Root-Bernstein et al. supports this assertion that hobbies may make for better scientists. Scouring the biographies and obituaries of scientists, the researchers found something startling: Nobel laureates were far more likely to have committed hobbies than the general public or other scientists (like those who were “merely” inducted into the U.S. National Academy of Sciences, for instance).

Notably, having broader avocational interests is not merely a function of general intelligence. Eminent scientists don’t differ in IQ from their more ordinary colleagues, so the authors of this study posit that having a “balance of abilities, as indicated by a range of avocations practiced at an intensive level… might be a better indicator of potential creativity than IQ per se.”

For my part, I will continue with improv comedy, which relieves my stress and adds more laughter to my life … and perhaps gives a boost to my science to boot.

« The Week of the Pancreas: Finding a Work-Life Balance » The Benefits of Delayed Cord Clamping May Benefit Full-Term Infants, Study Shows