Annual Pelvic Exams: Do They Cause More Harm Than Good?


When I started my Gyn/Ob residency, I realized well into my intern year that there was one thing I was trained to do well: the pelvic exam. 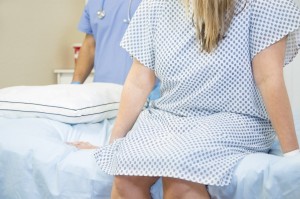 So I was initially astonished to hear that the American College of Physicians (ACP) issued a statement suggesting that pelvic exams are not necessary. Their study found no benefit to an annual pelvic exam in asymptomatic women. In fact, in some women, it did more harm than good, often leading to unnecessary tests, surgeries and anxiety. Similar findings have been corroborated by studies both here in the United States and abroad.

Seeing as the pelvic exam is part of my job description as a Gyn/Ob resident, I was immediately on the defensive. In my daily work, I have personally seen many women benefit from pelvic exams. I have witnessed patients who have not had a pelvic exam in two years come in to discover a new asymptomatic mass on their cervix.

One of the ACP’s arguments is that doctors don’t routinely diagnose cancer during these visits. But, even beyond cancer detection, a pelvic exam allows us to assess for genital tract infections or mullerian abnormalities — anomalies of genital development — which at times can be asymptomatic and yet have implications in a woman’s fertility. In fact, only half of women typically have gynecologic complaints prior to seeking care with a gynecologist. Pelvic exams also serve as a means to diagnose issues that many women are reluctant to discuss, such as incontinence.

Once I got over my initial defensiveness, I started to consider the other side of the issue as well. For each story I had of a patient benefiting from a pelvic exam, I could similarly recall a patient for whom pelvic exams were completely intolerable. Whether it was due to an innate sensitivity in that area or a more deep-seated pain caused by years of sexual abuse, that pelvic exam reignited a profound ache deep within their system and probably prevented them from visiting their Gyn/Ob even when they needed to.

On top of that, there is the additional complication that many health insurance companies require a pelvic exam before a patient can get access to important health resources. In such cases, I can empathize with the ACP’s stance; a pelvic exam should not hold patients hostage against getting birth control pills or other medical care.

It still remains difficult for me to support the ACP’s recommendation against yearly pelvic exams, but I understand its importance and am eager to hear the U.S. Preventive Services Task Force’s recommendation on this issue.

Share This Post
ACPAmerican College of PhysiciansPelvic Exam
« Student Advocates for Sexual and Gender Minorities Healthcare in Curriculum » Lessons Learned in Graduate School: Be Good to Your Data