Student Advocates for Sexual and Gender Minorities Healthcare in Curriculum

This past year, fourth-year medical student Ryan Shields undertook a big project. He sought to build on previous students’ efforts to improve medical education surrounding sexual and gender minorities (SGM), the broader category into which fit lesbian, gay, bisexual and transgender (LGBT) topics. After only a year and half, Ryan and his collaborators have already made an impressive mark on our medical curriculum.

In terms of what outcomes he envisioned from this initiative, Shields outlines three main goals: 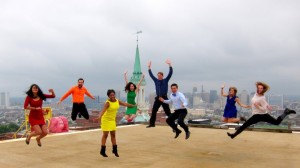 1. “We wanted to be comprehensive and completely integrated. We did not want a separate course to discuss LGBT health. Instead, these subjects should be completely woven throughout the four years of medical school.”

The original curriculum reform group was made up of five students, with first- and fourth-years paired together. First-years developed resources, while fourth-years provided insight into where those resources fit in the curriculum. Shields explains: “Learning these topics needs to be mandatory, not opt in. Optional electives would be self-selecting. We want to reach people who may be more unfamiliar and need the experience and space to discuss LGBT health issues.”

2.  “We wanted it to be faculty-led. Previous efforts have involved student-led courses, but we thought it important that the faculty deliver the content. This highlights its importance.”

They approached clerkship and course directors, as well as the deans, and they provided the lecturers with PowerPoints, surveys, teaching materials, etc. They also reached out to other members of the Johns Hopkins community to help. These included Daniel Teraguchi in the student affairs office, Renata Sanders and Errol Fields in adolescent medicine, and Tonia Poteat at the school of public health.

3. “Sustainability: We wanted to make sure these changes stuck around and didn’t disappear after we moved on to residency.”

Now, a year later, the original first-year members are second-years, and a new batch of first-years has been recruited. The committee is now 30 members large. Throughout these changes, the team is constantly collecting data and assessing. Students are taking pre- and post-course surveys, centered largely around behaviors, knowledge and attitudes. Students are also receiving surveys before the first year and after the fourth year, to monitor long-term effects of the curriculum.

When asked how he sees these efforts evolving, Shields says: “I hope over the next two years, we will have a fully integrated program with strategic points. For example, how to council, what vocabulary to use, how to perform a comprehensive sexual history and how to talk with parents who may have children who identify as SGM.”

He goes on to explain that learning how to handle SGM issues will expand students’ capacity to speak with groups outside of SGM. “I want to have students come out of the curriculum comfortable talking with minorities in general. If you can speak with a transgender man about sex with comfort and dignity, you can speak with patients of different racial and ethnic backgrounds, refugee statuses, etc.”

Shields is encouraged by the progress the group has made, but his goals remain bigger and even more encompassing. “If we change how we educate doctors, eventually we will not have issues with Pap smears being denied for transgender men. Intake forms and signage will be more gender inclusive, and we will have stronger outreach into underserved communities. Curriculum change can be the impetus for cultural change.”