I was not surprised to learn that Baltimore ranks higher than the national average in cervical cancer incidence. In my few years of residency, I have seen many young women diagnosed with this disease and lose their fight. 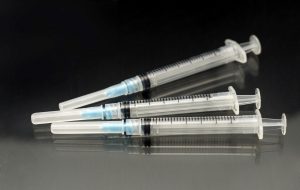 Much has been done to prevent this horrible disease. With the combination of a new preventive vaccine and the long-standing Pap smear, which allows detection even in a precancerous stage, cervical cancer has become a disease that most women in developed countries should not die from.

Even so, cases are still fairly frequent and treatments still necessary. One of the current methods used to prevent cervical cancer involves removing precancerous cells from a woman’s cervix. Unfortunately, this has many implications for young women with this disease, as the cervix also serves to stabilize a pregnancy until a mother is ready to deliver.

Unsurprisingly, the integrity of the cervix can be compromised by such treatments. It’s an unfortunate risk of a cervical excisional procedure — typically called a LEEP or a cold knife cone — which allows us to remove these precancerous cells, but it also puts women at a higher risk for preterm delivery if they get pregnant. It is for reasons like this that researches have been tirelessly trying to find a cure.

Cornelia Trimble, a Johns Hopkins researcher and physician, recently published data regarding a vaccine, VGX-3100, that showed efficacy in precancerous cervical lesions. In this randomized controlled trial, women were randomized into two groups; they either received the vaccine or a placebo. This study was particularly interested in assessing whether their precancerous lesions regressed with vaccine treatment and in determining the safety of the vaccine.

The study found that women who received the vaccine were more likely to show regression in their lesions — 48.2 percent versus 30 percent — and were more likely to clear HPV than those women who received the placebo. The latter result has tremendous implications for these women, given HPV is associated with cervical, vulvar, vaginal and even some head and neck cancers. Also encouraging is the fact that the only major side effect of the vaccine was mild redness at the injection site. Trimble also did a recent TEDx talk on the vaccine and what the future of cancer therapy might look like.

When women are affected by cancer at such an early age, the decisions they make involve not only thinking about themselves as individuals but also their childbearing capabilities. It is imperative that we as physicians find ways to keep our patients safe and find cures, but also give women options that do not compromise their decision to have children. This vaccine may be on the road to doing that.