It was a long-held belief that, after graduate school, newly conferred doctors would seek out postdoctoral openings in labs where they could focus on furthering their studies, eventually transitioning to a faculty appointment. Though designed to be a temporary position, postdocs came to represent one of the largest and most productive components of the biomedical workforce. 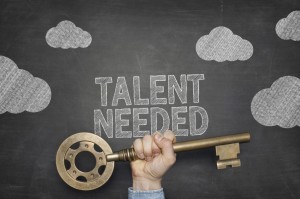 However, a recent paper published in The FASEB Journal provides new data pointing to a marked decrease in graduate students seeking postdoc positions. Howard Garrison and co-authors examined data from the National Science Foundation and questionnaires from outgoing graduate students and found that after a peak in 2009, the number of postdocs began to decline, with data up to 2013 showing a continual decrease in the postdoc population.

The authors discuss possible reasons for the declining postdoc population, including a lessening demand for postdocs. With the National Institutes of Health (NIH) budget remaining unchanged in inflation-adjusted dollars since 2003 and the decline in the number of RO1 grants awarded, the need for postdocs has fallen as labs tighten their belts. The paper points out what many postdocs already know: As contracted employees, they are often the first to be let go when funding becomes scarce.

Beyond research budget issues, there may be another cause for the declining postdoc population: the changing attitudes of graduate students. Diminishing funding and fewer openings available for academic positions — coupled with 42 being the average age for a researcher’s first RO1 — may have graduate students and early-stage investigators rethinking their future plans.

The good news is that NIH is acknowledging these difficulties and setting up programs to meet these changing postgraduate plans. NIH has contributed over $3 million to fund its Broadening Experience in Scientific Training (BEST) initiative. BEST awards will support programs designed to help graduate students and postdocs explore their diverse career options.

Along with NIH, many graduate schools have also implemented their own programs designed to expose graduate students and postdocs to opportunities outside academia. Johns Hopkins has a Professional Development Office tasked with working with students and postdocs on identifying transferable skills that go beyond the bench, developing resumes for nonacademic fields and developing networking skills.

It remains unknown what the impact will be as the rate of new postdocs continues to fall. However, the changes being undertaken at institutes and schools designed to broaden the career outlooks of young scientists are a net positive. As they look to their future, young scientists will now have more than one option open to them, allowing them to contribute not just to academia, but industry, government and nonprofit sectors.