Recent NIH Funding and Moonshot Initiatives: Are they They Helping or Hindering?

During the final month of 2015, Congress passed a $1.1 trillion federal spending bill that would keep the government fiscally solvent into September 2016. Along with large tax breaks, new cyber security programs and ending a ban on oil exports, new appropriations were made for the world’s largest research agency, the National Institutes of Health (NIH). 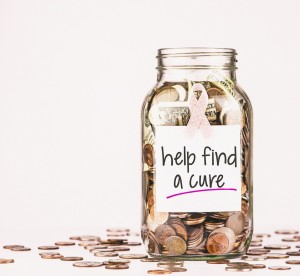 NIH will receive a $2 billion funding increase above what it received in fiscal year 2015, bringing NIH’s budget up to $32 billion. This is the largest increase in funding since the doubling of NIH’s budget between 1998 and 2003. Highlights within the budget include a $350 million increase for Alzheimer’s research, a $100 million increase to combat antibiotic resistance and an $85 million increase toward a brain mapping initiative. All institutes and centers will see substantial increases and investments to support new, innovative research.

Unlike most federal spending allocations, NIH has enjoyed bipartisan support for much of its history. Both Democrats and Republicans supported funding increases for NIH with differences only on where the funding should fall. Disagreements between parties ultimately negated the distribution of funds that would allow the Centers for Disease Control and Prevention to study gun violence.

NIH was also in the news more recently. During the January 12 State of the Union address, President Obama announced a new initiative, a “moonshot” to cure cancer, referencing President Kennedy’s historic goal of putting a man on moon by the end of the 1960s. Although the funding details are scarce, it is clear that targeted incentives, increases in cancer research funding and coordination with the private sector on clinical trials are all on the table. The new project will be headed up by Vice President Joe Biden, who lost his son Beau last year to brain cancer.

However some researchers warn that the sudden injection in funding to programs, like President Obama’s BRAIN Initiative or the new focus on cancer research, will only exasperate NIH’s budget woes. In a 2014 article in the Proceedings of the National Academy of Sciences, the authors commented on how sudden increases in NIH funding can lead to future problems. In the late 1990s and early 2000s, institutional expansions — made possible by the large funding increases seen at NIH — led to an oversupply of postdocs and young faculty members, creating what the authors called a “mismatch” in supply and demand. The result was the hypercompetitive grant environment basic scientists see today. These authors and others advocate for sustainable increases in funding, maintaining a level of support that would allow trainees of today to find funding when they eventually become faculty members.

Nevertheless, the stagnation in funding is over for now. There will always be competition for grants, but with more federal dollars for research in the coming years, scientists will hopefully begin to see relief in higher fundable scores. More funding means more science. For the nation, that’s very good news.