Zika Virus: Where Did It Come From, and How Big of a Threat Is It?


Recently, my inbox has been filled each morning with emails warning about Zika virus. And my clinics have been filled with women wondering what the risks are to them and their unborn babies. Some are even wondering about the risks to future babies, heeding concerns from the Centers for Disease Control and Prevention (CDC) suggesting that while the virus only remains in blood for about a week, it can remain in semen for longer. 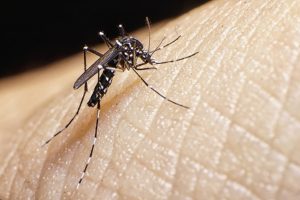 Recent cases of Zika stem from the summer of 2007, with an outbreak on Yap Island in Micronesia. Scientists found a virus that causes conjunctivitis, joint pain and rash. They were able to confirm that this was Zika virus, one of the first times it was seen outside of Africa and Asia. While they were not completely sure how it reached Yap, air travel of infected vectors was postulated as a mode of its travel.

There was yet another outbreak, in French Polynesia in October 2013. Before the virus reached Latin America, this was the largest reported outbreak. At the time, two women and their babies were confirmed to have Zika infections after presenting with a rash near the time of delivery. Though neither baby was noted to have microcephaly, the case report did suggest that this virus may have been transmitted around the time of delivery.

It was not until September 2015 that obstetricians and pediatricians began to notice that many babies were being born with smaller-than-normal heads, a condition known as microcephaly. As a result of having a smaller head, these infants can suffer from a range of health concerns — anywhere from intellectual delay, seizures, hearing loss or problems with feeding. This observation led physicians to explore why this was happening. Each case is still being analyzed by a slew of physicians. Geneticists attempt to rule out genetic abnormalities that could cause microcephaly, such as certain microdeletions, or syndromes, like Edwards, Patau or Christianson syndrome. Infectious disease physicians examined these women and babies for all of the agents that are typical culprits of microcephaly — rubella, toxoplasmosis and cytomegalovirus. While not all of the cases were linked to Zika virus, some were considered secondary to Zika infection.

It was these inconclusive attempts that led epidemiologists to examine the women’s environment nine months prior to birth and uncovered that, around that time, there was a Zika virus outbreak. Not all of the women had mosquito bites during their pregnancies, but testing revealed that the blood of some of the affected babies and their mothers had been infected by the virus, and all of the women lived in Zika-affected areas. In some cases, the Zika virus could even be found through in utero testing of the mother’s amniotic fluid.

The real question is: How real of a threat is Zika virus?

While travel-associated cases of Zika infection have been reported in the United States, most have been isolated cases. Jeanne Sheffield, the director of maternal-fetal medicine at The Johns Hopkins Hospital, has pointed out that if you are pregnant, it is important to avoid traveling to countries that the CDC has noted as having active outbreaks. Pregnant women traveling to these areas should get tested upon return whether they present with symptoms of infection or not.

Regardless of where you are, a very important practice for men and women, especially pregnant women, is to prevent mosquito bites. Zika has already arrived to the U.S. Through prevention strategies and increasing efforts toward mosquito control, we can help prevent a large outbreak.

Visit our Zika Virus homepage to learn more about the origins of Zika and how you can protect yourself.

Zika Virus Q&A
Find out answers to common questions about the Zika virus, including why pregnant women are particularly affected.

Visit our Health Library to learn more about the symptoms, diagnosis, treatment and risk factors of the Zika virus.