One in 292.2 million — those were the odds of winning the recent $1.5 billion Powerball, the largest lottery jackpot ever. As it happens, a few months ago, the medical student class of 2018 was learning about obstetrics, gynecology and reproduction as part of the Genes to Society curriculum, which gave me a newfound appreciation for what some call “the miracle of life.” I have always had a reverence for life and its beauty and improbability, but until a few days ago, I never fully understood the true implausibility of each moment spent alive. 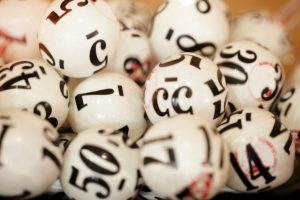 “The average sperm count in a single ejaculation is 196 million. Yet under normal conditions, only a single sperm fertilizes the oocyte,” proclaimed our professor, a leading expert in fertility and family planning. This was the first in a slew of numbers quantifying human reproduction, and it really got me thinking. What are the chances that a human being is conceived and carried to term in this world? What were the odds that I would be born? What are the odds that anyone is born?

Let’s start at one in 196 million. Each of us is the product of the single sperm that reached the egg before millions and millions of others. But what are the chances that there is even an egg present in the fallopian tube to be fertilized at any given time? And furthermore, that the fertilized egg implants in the uterus, leading to a stable pregnancy? The term for this in medical and epidemiological circles is fecundability —the chances of becoming pregnant during one menstrual cycle. In reality, a single act of intercourse between a young couple has only about a 20 percent chance of leading to pregnancy, and this percentage decreases with age.

The odds also depend on where in the menstrual cycle a woman is when she has sex. Two days before ovulation, which is on average 12 days after a woman has her period, is the peak time for establishing a pregnancy. A few days on either side of this peak and a fertilized egg is much less likely. This concept is the basis behind the notoriously unreliable “rhythm method” of contraception. Taking fecundability into account, the odds of being born are now one in 3.92 billion. Once the fertilized egg successfully implants in the uterus, what are the chances that pregnancy is carried to term? Miscarriage rates are approximately 13 to 26 percent, so let’s average those numbers and say that once the pregnancy is established, there is an 80 percent chance the fetus will be carried beyond the first trimester. Now we are at one in 4.9 billion.

So even if you weren’t the lucky Powerball jackpot winner last month, you can rest assured that you have already won the lottery once, in a game of chance that had staggeringly lower odds than the one to 292.2 million chance touted by the Multi-State Lottery Association. The chance that you or I was born is less than one in 4.9 billion. But you are here, and I am here and life is a miracle. Isn’t that lucky?