Shirley Tilghman, professor of molecular biology and former Princeton University president, delivered the 16th annual Daniel Nathans Lecture in Molecular Genetics about a dilemma unfolding in the scientific community. Although the talk was titled “The Best of Times, The Worst of Times: A Life in Biomedical Science,” Tilghman only used her first and last slides to discuss “the best of times,” sandwiching the challenges of this era of research between them.  This emphasis on the negative seemed appropriate to an audience often distressed by the expanding biomedical labor force and the concurrently contracting academic labor market. 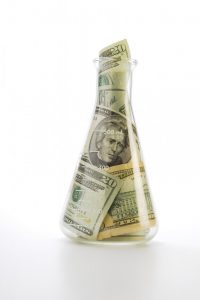 Tilghman calls the current crisis a Malthusian dilemma, in which population growth outstrips the available resources. The National Institutes of Health budget roughly doubled between 1998 and 2003 but has been decreasing ever since. (The exceptions were 2009 and 2010, when funding peaked due to provisions in the stimulus package.) During this time, the number of biomedical Ph.D.s has risen steadily, while the number of available faculty positions has remained stagnant. The fact that there are few academic jobs for new Ph.D.s to fill has resulted in what Tilghman calls a bulging pipeline. Hence, the Malthusian dilemma. The dearth of NIH funding has resulted in protracted training periods, stressed PIs and, perhaps most concerning, “a hyper-competitive academic environment not conducive to producing the best research.”

Tilghman and her colleagues, including Johns Hopkins University President Ronald Daniels, spearheaded an effort, called Rescuing Biomedical Research (RBR), to save the U.S. biomedical research enterprise. RBR proposes several solutions that fall into the categories of increasing federal funding and reducing the bulge in the pipeline. However, some of their most interesting suggestions focus on changing institutional culture. These ideas include increased institutional transparency about the job landscape before students embark on a Ph.D., training for a variety of nonacademic careers and reducing the number of trainees.

Johns Hopkins and NIH are both making progress in these areas. The Professional Development Office provides opportunities for trainees to learn about a variety of career possibilities. NIH’s Broadening Experience in Scientific Training (BEST) grant provides funding to institutions that creatively train students for nontraditional careers. For example, UCSF created a program in which students and postdocs first determine a career path using myIDP and then meet with professionals to learn more about those careers. UCSF also created a database where users can find career descriptions, pathways into various fields and the required skills for entrance.

As for reducing the number of graduate students? In 2013, the Krieger School of Arts and Sciences proposed a reduction in graduate enrollment. However, this plan was met with a lot of pushback from both students and faculty members, and the most recent strategic plan update softened the recommendation. Tilghman says that of all the RBR-supported recommendations, a reduction in graduate student enrollment is met with the most resistance. Despite these objections, she envisions a return to the Ph.D. student status as “trainee” rather than “employee.” She believes that a reduction in the trainee-to-staff scientist ratio and increased reliance on core facilities are keys to reducing the bulge in the pipeline while supporting efficient science.

While there is currently a lot of energy on this front, it is not always easy to implement solutions. In addition to disagreement over which changes to make, as well as general resistance to any change, RBR notes that primary challenges include a lack of overarching authority to compel institutions to comply with these proposals and a lack of willingness on the part of federal actors to meet funding recommendations. Carrot-and-stick approaches, such as the BEST grant, along with incremental changes and decisions at the levels of individual labs and professional development offices may have to lead the way if the Malthusian dilemma is to be resolved.