Was ‘Meaningful Use’ Meaningless?

When I started medical school in 2009, one of my responsibilities was to write progress notes and help write out the details of patients’ conditions on their paper charts. Years later when I started residency, I walked into patients’ rooms bare-handed, carrying nothing but my stethoscope and eyeing the computer in the corner that I would have to chart on later. 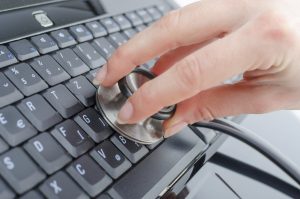 In the last decade, health care has changed so much. Some of these changes have been a result of the introduction of electronic health records (EHR) and an entity called meaningful use. Meaningful use means healthcare providers are measuring the quality of care and the number of patients they treat through their use of EHRs. Proposed by the Centers for Medicare & Medicaid Services (CMS) in 2010, meaningful use has changed the way our nation uses EHRs. But this past January, the acting administrator of CMS gave a speech saying that meaningful use will be coming to an end.

This begs the question: Has the “meaningful use” we have engaged in been meaningless?

When the CMS first brought forth meaningful use as a means to support the EHR, the process was divided into three stages. The first stage focused on data capture and sharing, similar to a Facebook for health. For instance, the action of reviewing a patient’s medications and allergies on the EHR was similar to liking their post on your newsfeed. But while no one patrols Facebook to reward or penalize you for liking someone else’s photograph, CMS noted instances when a provider indicated that they had reviewed certain parts of a patient’s medical record. Encouraged practices included reviewing a patient’s current medications or updating their profiles within the EHR. Complying with meaningful use meant more consistent reimbursement for physicians and their practices.

The second stage brought communication with patients into the picture. Just like Facebook messaging, the provider or patient could initiate messages to communicate health information. Before meaningful use, you had to request a copy of your chart from medical records to see your health information. With its addition, patients had access to their own health care records almost immediately, making sensitive results viewable to them within 24 hours. Though beneficial in theory, this process occasionally overwhelmed patients — it can be daunting and complex to view a medical record without a physician helping to interpret those results in the office. Although patients could potentially send a message to their physician about anything, those messages didn’t always get answered immediately, forcing patients to wait.

In its final stage, the meaning was finally added to meaningful use. Instead of using epidemiological data pulled by a third party or insurance information to determine health trends, the EHR became its own research tool. The software also sought to examine the efficacy of this new technological landscape. Since meaningful use is currently in this stage, whether or not it has been effective is still up for debate.

At first glance, these changes sound great. In a technology-driven age, it only makes sense that our health information is just as easy to access as our Facebook accounts, for all parties involved. It was amid criticism from various physician groups that the CMS director announced meaningful use as we know it will be coming to an end. The details of what will replace the program haven’t been announced, but the thought is that the next system will be a merit-based incentive program, designed to reward physicians for giving better care — not just more care. In the end, better health is what puts the meaning in meaningful use.