How the Brain Makes Sense with Mental Maps

The Johns Hopkins Hospital can be a labyrinth to anyone unaccustomed to its many hallways, towers and tunnels. To navigate through such a complex space, special neural networks are activated to help us find our way. Specifically, a cortical map of neurons, made up of so-called grid cells, fire in specific regions of the brain to create a mental map of spatial knowledge. 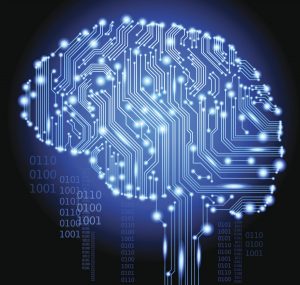 The discovery of these intriguing cells, which are activated in a distinct, hexagonally symmetric pattern during conceptual navigation of space, helped Norwegian scientists Edvard and May-Britt Moser win the 2014 Nobel Prize in Physiology or Medicine. This led a team at the University of Oxford to question whether grid cells might be involved in other conceptual processes, such as the organization of abstract concepts.

To answer this question, Oxford’s Alexandra Constantinescu and her team designed an experiment using functional MRI (fMRI) to analyze brain activity while participants explored pictures of birds by altering their neck-to-leg ratio. The results of the study were published in a recent issue of Science.

For the experiment, 28 people trained on a computer game for several hours in which they altered the shape of the birds. When a bird of certain proportions was created — for example, a shape with a neck-to-leg ratio that looked most like that of a swan — an icon would pop up on the screen providing a memorable landmark of that representation. Next, participants watched a video of the same bird morphing in different ways while their brain activity was monitored on an fMRI scanner. When the video was stopped, they were asked to imagine the icon that would pop up if the bird continued to morph with the same neck-to-leg ratio. For example, if the picture was trending toward a bird that looked like a swan, the participant would be asked to interpret the picture and then imagine the icon associated with that swanlike shape.

The resulting signal showed a robust fMRI pattern demonstrating hexagonal symmetry, similar to what was seen in studies of spatial navigation. Although fMRI studies are limited by low resolution, the distinct, gridlike cell signal appeared predictably as participants explored the virtual “bird space.”

Constantinescu and her team found a clever way to demonstrate that neuronal networks involved in spatial representation are also likely important in more abstract realms. This may not come as a surprise to some. It makes sense that the same mental processes I use to find a room hidden away in Zayed are not so different from the ones activated during interpretation of more abstract ideas.