The Impact of Diet on Neurological Disease 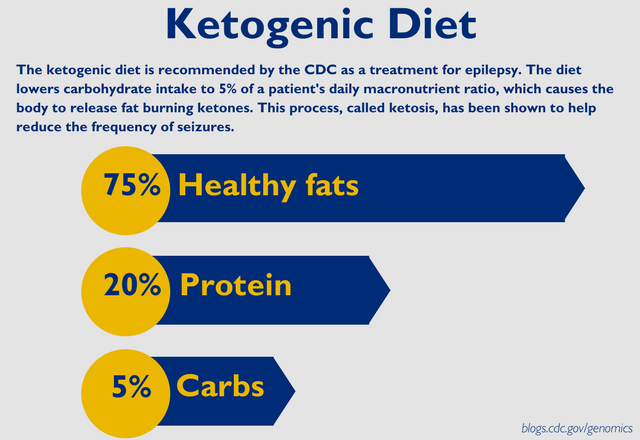 Diet—what and how people eat—is becoming a powerful potential intervention for a variety of debilitating neurological diseases. The ketogenic diet, in particular, has been a well-established treatment for epilepsy for the past century. Yet, even now, physician-scientists are discovering new indications for the ketogenic diet.

Ketogenic diet as a promising treatment for severe intractable epilepsy

The Atkins diet was all the rage in the early 2000s. Now, a diet with a low-carbohydrate emphasis similar to that of the Atkins diet has proven beneficial to an unexpected group of people—patients with intractable epilepsy.

The ketogenic diet is based on a low-carbohydrate, high-fat and adequate-protein composition. Through this diet, the body is forced to burn fats as fuel instead of carbohydrates. The liver converts fats into fatty acids and ketone bodies, which travel to the brain to be used as an energy resource and through the bloodstream, inducing a state called ketosis. Ketosis has been shown to contribute to a reduction in the frequency of seizures.

Since the 1920s, the ketogenic diet has been a mainstay in the treatment of pediatric epilepsy, but Johns Hopkins researchers have found that the diet can also be helpful in treating the rare, super-refractory status epilepticus (SRSE). SRSE is a very severe form of epilepsy, characterized by lengthy periods of seizure that necessitate medically induced coma as intervention. There are currently no set practice guidelines for what medications physicians should administer after 24 hours of SRSE.

According to Dr. Mackenzie Cevenka of the Adult Epilepsy Diet Center at The Johns Hopkins Hospital, “ … the ketogenic diet is effective in [treating] one-third of adults with epilepsy who are resistant to traditional anti-seizure drugs.” In a study of fifteen patients hospitalized with SRSE, doctors started the ketogenic diet over the course of 72 hours while patients remained in medically induced comas (1). If patients awoke and had improved conditions, they could eventually change to a modified Atkins diet, which is easier to follow, as a long-term treatment option. Overall, eleven patients (79 percent) were successfully treated with the ketogenic diet, with eight recovering within a week after the onset of SRSE.

Overall, diet therapy for various forms of epilepsy for patients of all ages is safe and efficacious. Careful supervision by a neurologist and dietitian, who are well-versed in the implementation and adjustment of the ketogenic diet, is necessary for good patient care, especially for those suffering from severe forms of epilepsy.

Visit the Adult Epilepsy Diet Center at Johns Hopkins Medicine to learn more about how we're using the ketogenic diet as a treatment regime in children with epilepsy.