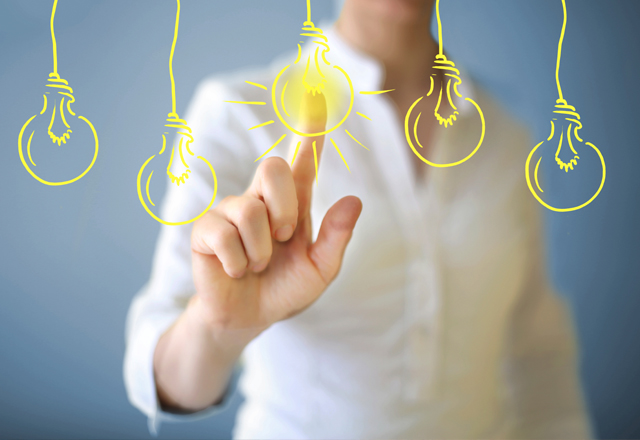 Have you ever been working in the lab and developed a technique or an assay that you think could be marketable? Would you know what to do to bring it to market? Many scientists don’t have much business experience, making it difficult to take an idea and turn it into a product. Thankfully, this is where Johns Hopkins Technology Ventures (JHTV) comes into play.

JHTV was established at Johns Hopkins in 2008 to serve “as the licensing, patent, and technology commercialization office for Johns Hopkins researchers and inventors.” It is responsible for completing material transfer agreements, filing invention disclosures and aiding in the patent application process. The activities of JHTV have grown significantly since its inception. From just 2015 to 2016, licensing revenue increased from $17.9 million to $58 million. In 2016 alone, JHTV helped achieve 153 new patents for Johns Hopkins investigators and form 22 new startups.

The process starts when an investigator discloses an invention to JHTV. The JHTV team then evaluates the technology to determine a commercialization strategy. This will often involve filing a patent and protecting the intellectual property before moving forward. After patents are established, the technology can advance to marketing and outreach; the technology may be licensed to another company or result in the formation of a startup. 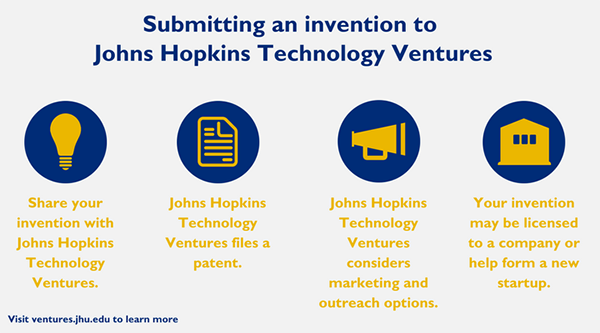 There can be a lot to gain from working with JHTV. For some, going through the invention process with JHTV can open new research opportunities. The startup Pharos Biologicals was formed by a collaboration between two Johns Hopkins faculty members, Drs. J. Thomas August and Hai-Quan Mao. Their company combines the bioengineering expertise of Dr. Mao and the RNA virus knowledge of Dr. August, with a focus on designing novel vaccines for viruses like Zika. Drs. August and Mao use viral DNA to stimulate an immune response against a specific pathogen and administer the viral DNA using a nanosphere vaccine-delivery system. Their company builds on two patents, filed previously by Dr. August with Johns Hopkins, and their vaccine has progressed to clinical trials. The development of Pharos Biologicals has allowed these Hopkins investigators to take their collaboration to the next level, branching out from their NIH-funded Zika research to apply their vaccine technology to related viruses using resources from venture capitalists and revenue from their technology.

For one Ph.D. student, an internship at JHTV gave him a leg up to become a patent agent. Kyle Bruner, a graduate of the Cellular and Molecular Medicine Program, was a member of the Commercialization Academy, a JHTV program that teaches students about science from the intellectual property and marketing side. Kyle appreciated that this gave him the “opportunity to gain a perspective that a graduate student wouldn’t normally get.” He focused on intellectual property and patent law during his internship, which gave him the experience he needed to take the next step in his career.

For inventors and those interested in learning more about topics related to entrepreneurship, JHTV also offers a whole host of other resources, including a Mentors-in-Residence program that pairs faculty and startups at Johns Hopkins with experienced entrepreneurs, industry leaders and venture capitalists. These relationships help move startups along the path to success. JHTV has sponsored a Bootcamp for Technology Entrepreneurs program that provides skills and knowledge for participants, who have ranged from undergraduates to principal investigators, to bring ideas out of the lab and into the marketplace. JHTV also hosts guest speakers throughout the year to cover keys to success in commercialization, marketing and startups. No matter what your skill level or interest in being an entrepreneurial scientist, JHTV has a way to help you out.