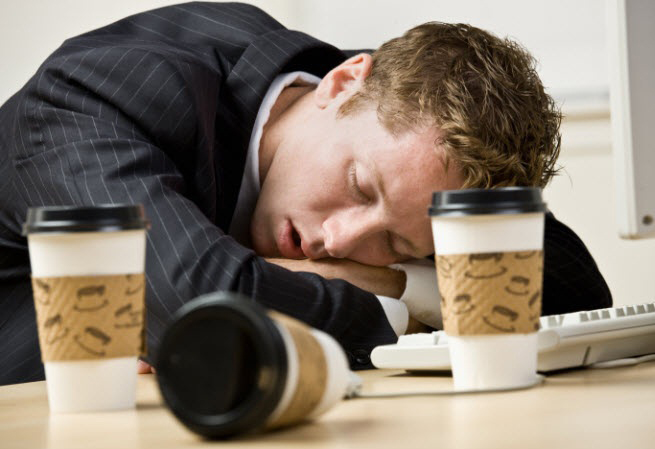 Humans and animals share the most basic drives in life: the need for food and water, and the urge to procreate. Yet only humans have built a modern world in which these drives seem to cause more problems than they solve. Bookstores worldwide have dedicated whole sections to literature about reconciling your natural desires with our decidedly unnatural environment. Until recently, however, little ink had been spilled covering one of our most powerful survival needs: sleep.

One of the most notable names in sleep literature is Matthew Walker, Ph.D., professor of neuroscience and psychology at UC Berkeley and author of the new book, Why We Sleep: Unlocking the Power of Sleep and Dreams. For more than 20 years, Walker has been at the forefront of sleep research and has approached the topic with remarkably wide breadth, as befits a field that spans neuroscience to metabolomics to zoology. At the outset, his questions were simple: what is sleep, and why do we need it? In addressing the former, he cites the work of hundreds of researchers internationally to illustrate the rich complexity of sleep in humans and other species. Addressing the latter, Walker explains the powerful health benefits of good sleep, and that the consequences of poor sleep are so devastating that society’s daily demands should adhere to our sleep schedule, instead of vice versa.

Sleep is a remarkably strange phenomenon. Every human on the planet, regardless of genetics or environmental factors, will spend approximately one-third of his or her life in a mostly unresponsive coma-like state. Our familiarity with the behavior reduces its inherent strangeness. Even a young child knows when his brother is sleeping and recognizes this behavior in the family dog or cat. Sleeping animals adopt a stereotypical posture (e.g., recumbent on the couch), at a consistent time of day, have reduced muscle tone, are noninteractive and less responsive to external stimuli. But sleep is a reversible state, which separates it from coma and hibernation. If the external stimulus is strong enough (such as an alarm clock), the animal will wake. Because most of these easily identifiable features seem to indicate reduced consciousness, sleep is considered a dormant time when the body and mind power down to conserve energy and repair damage.

However, after the identification of rapid eye movement (REM) sleep in 1953, neuroscience techniques have advanced our ability to “see” into the brain. It has become very clear that sleep is anything but a passive process. Over the course of a night, the sleeping brain weaves a rich tapestry of active processes. Thousands of cortical neurons fire in harmony to generate propagating slow waves, which pare down unneeded synaptic connections while strengthening important ones. Bursts of activity (sleep spindles) follow these waves and usher memories from short-term storage in the hippocampus to a more lasting residence in the cortex. During REM sleep, despite our motionless bodies, our brains are as active as if we were awake (hence its title in sleep literature: “paradoxical sleep”), forging innumerable new connections between old and new information and resulting in both fantastical dreams and creative solutions to our waking problems. As far as our brains are concerned, the night is anything but restful.

Why do we need sleep?

To understand the function of anything, first take it away. We all have been involved in this experiment at one point or another; whether it is staying up late to cram for an exam or caring for a baby crying at all hours of night, we are all familiar with the sensation of sleep deprivation. Acute sleep deprivation is remarkable in its ability to incapacitate, just 20 hours without sleep results in measurable deficits in coordination and problem-solving ability. Skipping one night of sleep has deleterious impacts for three full days afterwards, even with additional ‘rebound’ sleep time. Perhaps more relevant to today’s lifestyles, people who only get five hours of sleep each night for a week perform equally as poorly on cognition and response-time tests as someone who has skipped sleep entirely for a night. Which is to say, poorly.

The consequences of mild daily deprivation are one of Walker’s main takeaways. The average human needs eight hours of sleep each night. While you may insist you feel fine without it, it is exceptionally rare for anyone to operate at optimal capacity with six hours or less. Unfortunately, our modern life doesn’t reward sleeping. Our bedtimes creep later while our morning alarms remain firmly set, pushing our average sleep per night below what is needed.

The Dangers of Sleep Deprivation

This type of chronic sleep deprivation has a whole slew of immediate and long-term health risks. Each year in the United States, 1.2 million car accidents result from drowsy driving, and studies show drivers who consistently get less than six hours of sleep perform worse on road tests than those who are beyond the legal limit for alcohol consumption. New research is also revealing a strong link between sleep loss and Alzheimer’s disease. Although, whether reduced sleep is a symptom of the disease, or a long-term cause, remains to be seen.

One type of sleep deprivation not often considered is time-dependent. When we sleep is as important as sleep’s duration, and the body’s endogenous circadian rhythm regulates what time sleep occurs, and orchestrates the dynamic changes and processes that occur throughout sleep. For example, the sleep spindles I mentioned happen primarily in the last two hours of the sleep cycle and are integral to making stable memories from new information. However, for teenagers, whose circadian clocks are naturally shifted forward, these spindles are most densely packed around 7 a.m., by which time most students have to be awake in order to attend school and learn. It’s this type of catch-22 between society and biology that Walker hopes to ameliorate by publicizing the newest sleep research. He aims to reformat public expectations such that our socially mandated schedules align better with the scientific understanding of our innate needs.

You can find evidence of the importance of sleep peppered throughout the animal kingdom. Evolutionarily ancient and ubiquitous, like food or water, we immediately notice and suffer in its absence. But the benefits sleep offers are far greater than those of food and water, and in Why We Sleep, Walker thoroughly examines the new scientific understanding of just how vital those gifts are, and how we as individuals and as a society can best take advantage of the bounty.

Postscript: FitBit has begun to release a remarkable new sleep dataset consisting of over six billion nights of sleep data from their fitness tracking bands. Currently, the data mining is still in its early phases, but there is little doubt in my mind this will form the bulk of the content when Why We Sleep II is inevitably released.