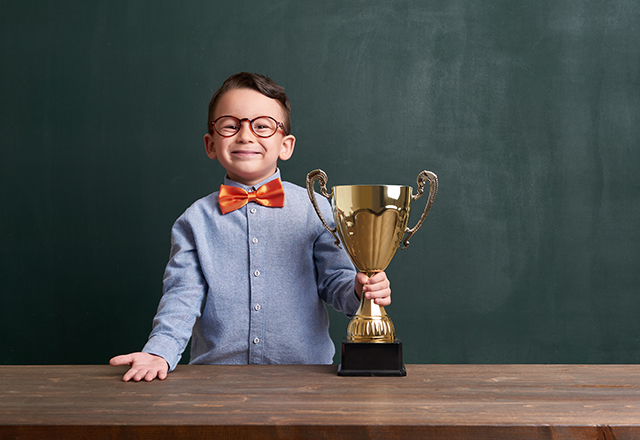 You are on a roll. In the morning, you delivered a compelling business proposal. You were the center of attention at lunch and your colleagues loved your witty remarks. In the afternoon meeting, you stood your ground and brilliantly defended your case with irrefutable arguments.

When it’s your day, you feel invincible. What gives you this superpower?

Biologists who study animal behaviors describe this as the “winner effect.” In a famous study, researchers observed that an animal that had recently defeated weaker opponents in a fight was more likely to carry on winning against even stronger opponents. Upon winning, the animals behaved more aggressively, which the researchers attributed to a rise in testosterone [1]. The study concluded that this extra aggressiveness gave the animal an edge when confronting stronger opponents. However, this is not the whole story.

In a recent study conducted at China’s Zhejiang University [2], neuroscientists gave four male mice opportunities to use force to dominate other mice — competing to occupy a warm spot in the cage for as long as possible. The scientists saw that, after winning once, the mice pushed and resisted more, enabling them to win again. The scientists then identified the specific neurons in the mouse brain that controlled the pushing and resisting behavior. These neurons reside in the prefrontal cortex, a part of the brain that is believed to make decisions based on costs and benefits. When these “effort” neurons were silenced, the mouse lost; and when they were artificially activated, the mouse pushed, resisted and won. The scientists then asked what determines when the “effort” neurons become active. To answer this question, they tracked down a deeper brain region called the thalamus, which communicates extensively with these “effort” neurons. This connection seemed like a particularly likely suspect, because just recently it had been found to have weakened activity following social defeats [3]. The scientists were right. When they manipulated the strength of this connection, they were able to directly produce or eliminate the “winner effect.” Is this pathway modulated by, or in any way related to, testosterone levels? The jury is still out.

By unraveling the winning brain circuit, this study presents many exciting opportunities. Everyone, from professionals to people suffering from personality disorders, could benefit from training programs that help them realize their full potential. With more thorough exploration of this pathway, humans may be able to achieve this one day.