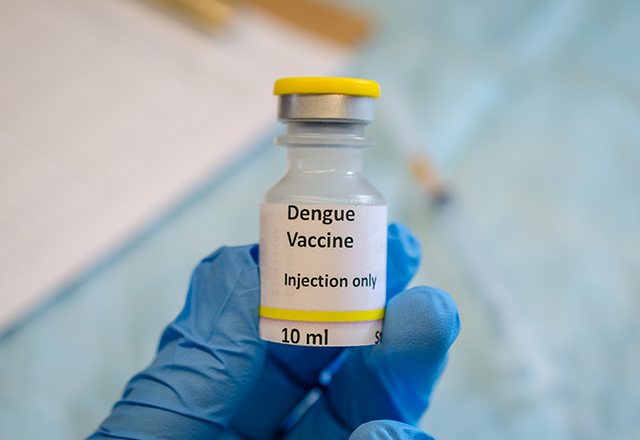 Dengue, a virus endemic to Latin America and Southeast Asia, infects about 400 million people and causes about 25,000 deaths each year by dengue hemorrhagic fever (DHF). To date there is no cure for dengue, and its toll hits hardest in areas with poorly developed medical systems. Due to the deadly consequences of this virus, scientists have long sought to create a vaccine. Recently, the Food and Drug Administration (FDA) finally approved a vaccine — Dengvaxia — to prevent dengue. Although this vaccine has the potential to save millions of lives over the years, its approval was controversial. The vaccine was linked to the deaths of three children in the Philippines during a trial.

As a budding immunologist, I am a vehement proponent of vaccines. However, when I heard about the Dengvaxia controversy, I was extremely concerned. Not only were the deaths themselves tragic, but in the broader picture, any controversy with one vaccine has the potential to scare the public away from nonrelated lifesaving vaccines.

So what happened with the Dengvaxia vaccine? And why does the FDA now feel confident enough to approve it?

To fully understand how the deaths linked to Dengvaxia are unique to this specific vaccine and virus, you need to understand a bit about dengue virus and the immune system.

Viruses are coated with molecules that allow them to bind, enter and infect cells. Your immune system generates molecules called antibodies that bind to the surface of viruses and mark them for destruction. Immune cells called macrophages search for viruses covered in antibodies and degrade them (Figure 1).

The immune system can make antibodies that recognize any part of a virus. Some of the most important types of antibodies are those that bind directly to the virus’s exterior in regions that are critical for the virus to infect cells. Antibodies that effectively block a virus’s ability to infect cells render it noninfectious or “neutralized,” and are critical components in the host’s immune response to that virus (Figure 2). 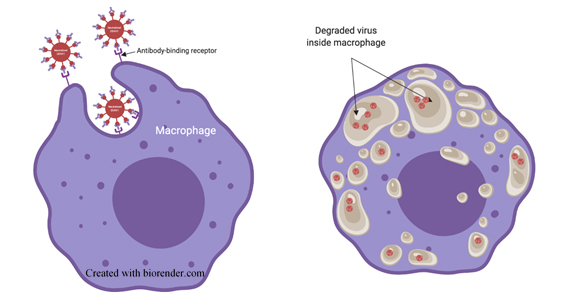 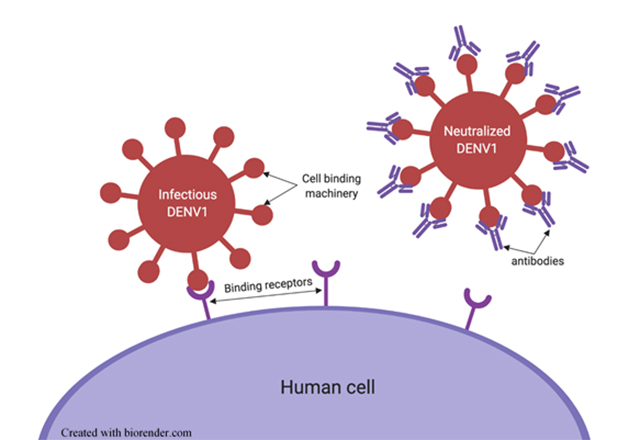 If an antibody doesn’t effectively block this region of the virus when bound, then the antibody-virus complex is still able to infect cells until a macrophage finds and destroys it. Immunity against dengue virus is tricky because there are four variants (called serotypes) that are closely related — enough that antibodies generated against one serotype can also bind to viruses of another serotype. However, the four variants are different enough that an antibody that binds to one serotype does not necessarily neutralize viruses of another serotype (see the blue versus red lollipop shapes in Figure 3). That means in order to be completely immune to dengue, you need antibodies that neutralize all four variants of the virus. However, the immune system makes many types of antibodies that are not neutralizing, which becomes problematic in dengue infection. 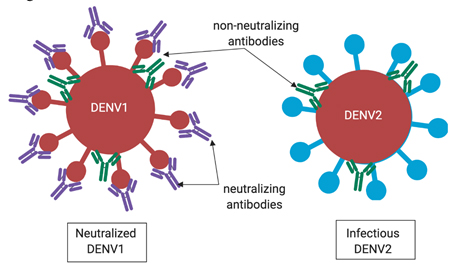 With most types of infections, nonneutralizing antibodies are still helpful because macrophages use them as tethers to engulf and degrade the virus. Dengue is different because it infects macrophages. Unless there are antibodies that completely neutralize it, when a macrophage engulfs dengue virus it can escape degradation, multiply and infect more cells (Figure 4). Thus, antibodies against one variant of dengue can make another variant more infectious — instead of dengue having to search, find and bind to macrophages to infect all on its own, the preexisting nonneutralizing antibodies bind to dengue and attract macrophages, essentially recruiting new target cells to infect and facilitating spread. This ultimately makes it easier for the virus to infect more cells more efficiently and explains why a person’s second infection with dengue can be more dangerous than the first infection. 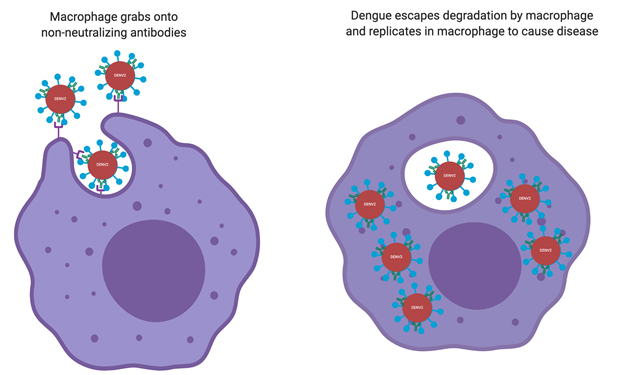 Back to Dengvaxia: Although it was engineered to protect against all four variants of dengue, some people didn’t generate neutralizing antibodies against all four variants (a result that the developing scientists did not expect). So, the vaccine acted like a primary dengue infection in young children who had not been previously infected, making their next encounter with dengue more dangerous, and even lethal in those tragic cases.

However, it has been long known that after secondary infection, people have enough neutralizing antibodies to effectively prevent future dengue infection. Thus, the FDA has approved Dengvaxia for use in children 9–16 years old who are in endemic areas and have had a laboratory-confirmed previous infection (which is most children in those areas). In this context, the vaccine has proved to be 76% effective at preventing disease, demonstrating Dengvaxia’s huge lifesaving potential, given that no alternatives or treatments are on the market.

Although the FDA has approved the vaccine, there is still vast room for improvement. As it stands now, it is very expensive and time-consuming to confirm which children have previously had dengue and are therefore vaccine candidates. To that end, scientists at Johns Hopkins and the National Institutes of Health are actively working on developing a better vaccine that generates neutralizing antibodies against all four serotypes in 100% of patients, improving the vaccine’s safety and negating the need for previous infection to be eligible for the vaccine.

I hope a better vaccine comes out soon because currently, Dengvaxia is not cost-effective or fully practical (it can only prevent disease for people who have been previously infected). But until then, the Dengvaxia vaccine meets a dire need for the millions of people living in endemic areas and will undoubtedly save thousands of lives.