Representing Diversity on Portrait Walls Around Johns Hopkins: One Stride Taken, Many to Go

Last week, NPR published “Academic Science Rethinks All-Too-White ‘Dude Walls’ of Honor” on its website. This article addresses the message that walls of honor that mostly feature white men may send to nonwhite and nonmale trainees. Several academic institutions are dismantling or relocating their “dude walls” to send a more inclusive message, and this has been met with mixed opinions.

In the article, Johns Hopkins was highlighted as a “rare exception” among institutions for hanging a portrait of Vivien Thomas, a black technician instrumental in developing cardiac surgery techniques. Although my inbox is filled with emails about Johns Hopkins’ commitment to “diversity and inclusion,” I felt the praise NPR offered to Johns Hopkins was a bit gratuitous, as I know our institution is full of dude walls. 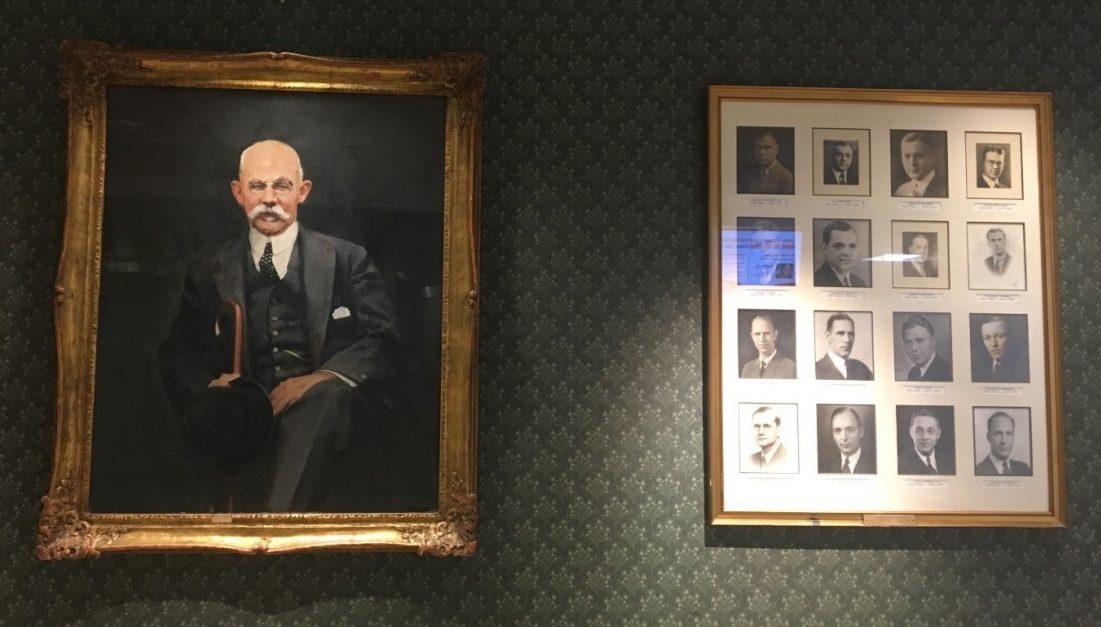 The students and faculty members interviewed for the article expressed responses to the dude walls that resonated with my personal experience, ranging from apathy to quiet annoyance. Although my Ph.D. program currently has a woman-identifying majority, the predominantly male past has loomed large in various instances of my training. I experienced the impact of this past during my third lab rotation with the world-renowned virologist Diane Griffin. We had an all-female lab meeting in a conference room with a dude wall where she was the only female scientist featured — a blatant reminder that our all-female situation was an outlier. In the moment, looking down at my disappointing data, the dude wall seemed like a manifestation of my imposter syndrome — a wall of men staring down at me, probing, “Do you actually belong here? Do you really know what you’re talking about?”

It’s easy to downplay those insecurities with platitudes like, “Well, that was a different time.” Certainly, diversity is valued more now than ever before, but the dude walls still invoke questions: How much longer until the current diversity in science is reflected on walls of honor? How many women and minorities were overlooked when these pictures were taken?

I took a stroll to reacquaint myself with the prevalence of dude walls around Johns Hopkins. Several things stuck out to me. 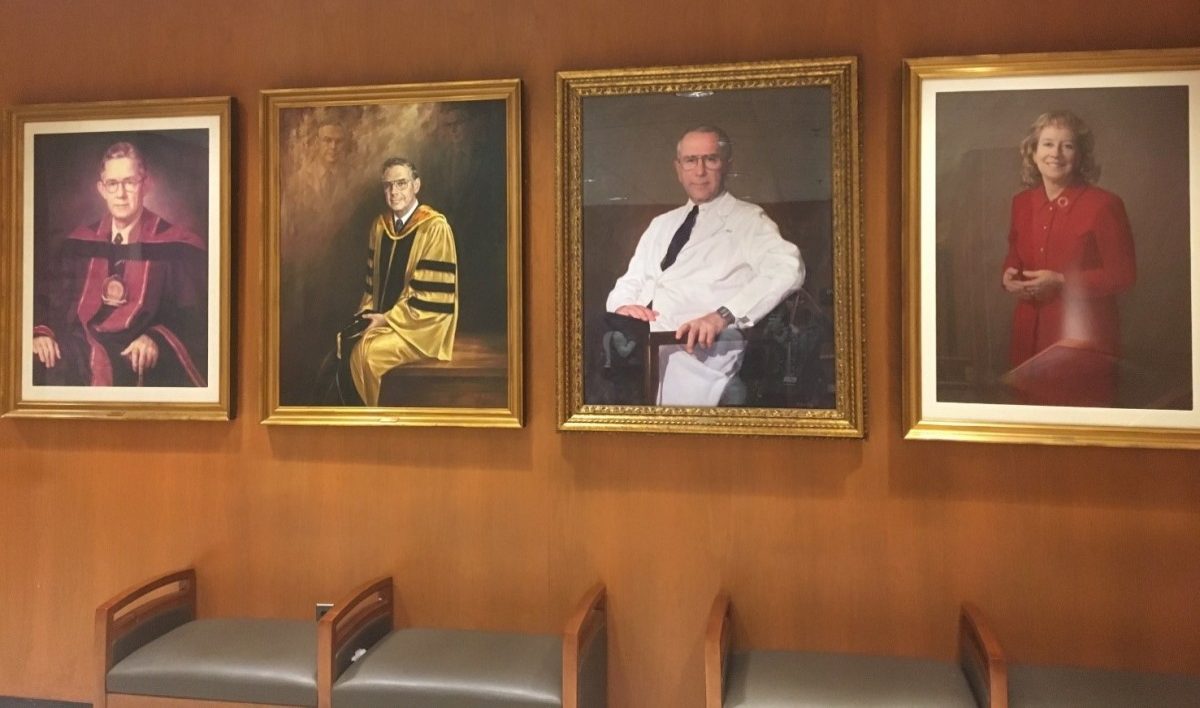 Firstly and comically, Johns Hopkins clearly invests very little in interior design. There appears to be an effort to put things on the walls, but from room to room, the themes appear to be mostly improvisational. Beyond dude walls, Johns Hopkins artwork ranges from hung quilts, to modern art, to nature photography, to medical illustrations — very little of which appears relevant to the science being done in the buildings (e.g., a cancer research conference room perplexingly features an array of close-up seashell pictures). All this is to say that it’s clear to me that the dude walls are not any sort of intimidation tactic, but rather an effort to fill up wall space with something, and pictures of honorable past scientists seem to be a logical design choice.

It is also notable that Johns Hopkins does appear to be making an effort to diversify photos in the hospital’s highly trafficked areas. Diversity inclusion is very apparent in the timeline design and some of the newer artwork installations. 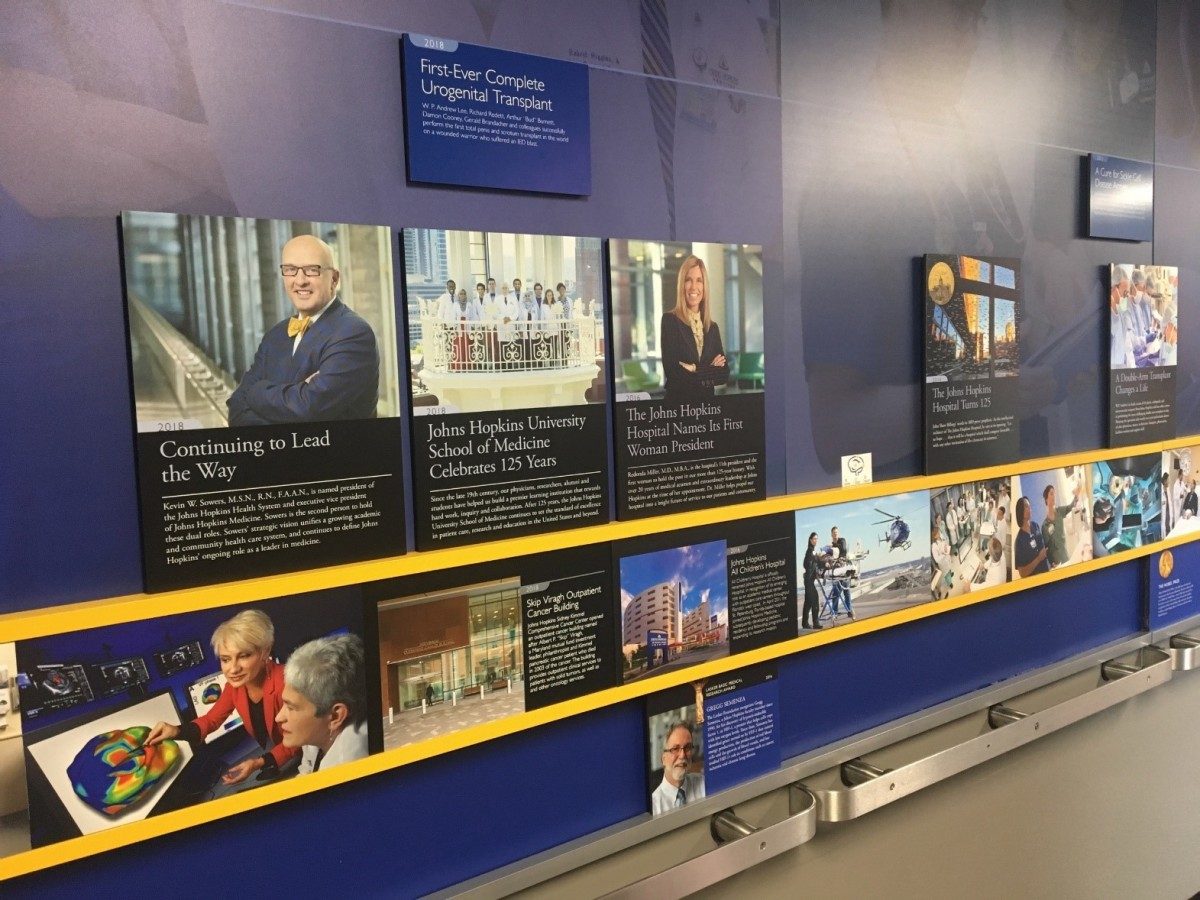 However, Johns Hopkins still has plenty of dude walls. So many, in fact, that I hadn’t noticed most of them until I went out looking. One dude wall in the Miller Research Building that highlights excellent professors featured 39 professors — only six were female and only two were nonwhite males.

Jeffrey Flier, a former (white male) dean of Harvard Medical School and an opponent of dismantling dude walls, says in the NPR article, “You don’t want to take away the history of which you are justifiably proud. You don’t want to make it look like you are embarrassed by that history.”

It’s difficult for me to give credence to Dr. Flier’s comments due to the apparent apathy regarding interior design at academic institutions. The presence or absence of most artwork on the walls does little to define an institution’s priorities — made evident by the hodgepodge mix of pictures chosen to adorn most walls. Great institutions are very obviously proud of their esteemed alumni. Heavily white-male portrait shrines have simply aged poorly. Nowadays, they have little aesthetic appeal and can be considered in poor taste. Clearly, renewed thought needs to be put into the ways we choose to honor our prior luminaries. To that end, concerted efforts to make artwork meaningful and inclusive do not go unnoticed.

Toward the end of my stroll, when I went looking for the portrait of Vivien Thomas, I found a family drawn to the portrait and spending time reading the honorary plaque. Although I found it dramatic for NPR to call Johns Hopkins “a rare exception” for having a singular portrait of a well-deserving black technician, the impact of diversity inclusion was apparent. None of the dude walls seemed to attract any attention from anyone, but this pointed effort to include diversity was clearly notable to this family.

As such, I believe Johns Hopkins should continue to make efforts to increase diversity inclusion by modifying our dude walls to showcase our most valued alumni in an inclusive and encouraging way.

« How Mentoring a High School Student Helped Me Plan for My Future » A Blood Test for Alzheimer’s Disease? Breakthroughs and Limitations