Citation Bias? In My Publication? Here’s How to Check 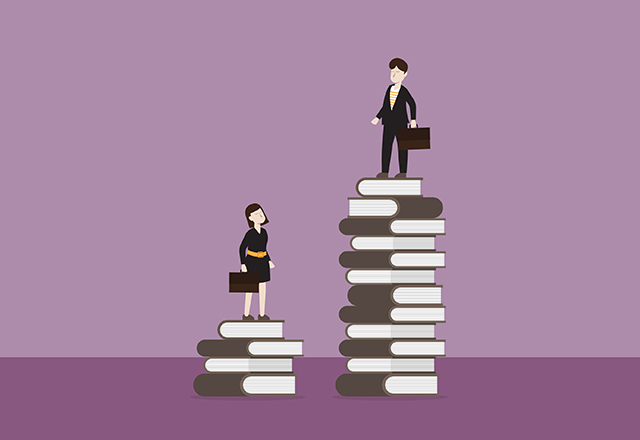 The Biomedical Engineering Department recently hosted the “Conversations on Gender and Inclusive Excellence in Academia” seminar series. One of the highlighted speakers was Danielle Basset, a J Peter Skirkanich Professor of Biomedical Engineering at the University of Pennsylvania. Basset runs the Complex Systems Lab, where she and her team study biological, physical and social systems to isolate system-level problems and develop tools to solve them. However, this talk focused on “Uncovering Racial, Ethnic, and Gender Imbalances in Reference Lists” in academia.

Basset’s analysis, published in Nature Neuroscience, combed through the top five neuroscience journals (Nature Neuroscience, Neuron, Brain, Journal of Neuroscience and Neuroimage) for articles since 1995 and assigned a gender to each author based on the probability of their name distinguishing their gender as male or female (with likelihood greater than 0.7 of either gender). They found that the rate of over-citing first and last author male papers (and consequentially under-citing women-authored papers) has actually been increasing over the past 10 years. This is despite the growing number of articles published by women scientists appearing in journals. This trend persists when accounting for the year of publication, the journal in which the paper was published, the number of authors, whether the article was a review article or not, and the seniority of the first and last authors. Furthermore, this trend is mostly carried by male first and last author papers.

Her work also sees similar trends in citation disparities for authors of color, as reported in a pre-print on BioRXiv. First and last white author papers have been increasing in their over-citation of white authors in the past 10 years. This is despite an increase in published authors of color, and this trend persists when controlling for all the aforementioned categories with an added category of author institution location.

This points to the conclusion that although academia itself is becoming more diverse in its makeup, the group of those we hail as great scientists is not. White men still dominate the field in research impact regardless of the journal they publish in and regardless of their field. This leads to a continued disparity in institutional power, career trajectory, salary and resources for women and under-represented minority (URM) scientists.

This begs the question that if just putting more diverse voices into science does not change the power structure, then what can we do? Luckily, Basset and her lab colleagues have come up with several tools to help us correct our citation biases.

Primarily, Basset and her team have made a codebook called CleanBib, which when provided with the .bib file of your new manuscript subscription, will report at what proportion your manuscript under-cites women authors and authors of color. It also provides you with a nifty template to put in the acknowledgments of your manuscript, stating that you have put explicit thought into your citation practices and the percentage at which you are citing different groups. This tool also has a Python version if you prefer to use Python.

Although this will not change the power structure of academia overnight, it is one thing that we can individually do as scientists to acknowledge the great work of women and people of color in advancing the field of science. By proportionately citing women and scientists of color (or even overciting as a form of corrective action), we can change whose questions are answered in science and redefine who makes a great scientist.