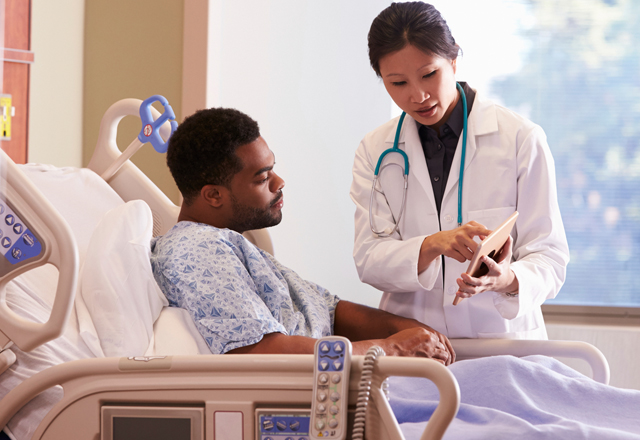 Precision medicine, or personalized medicine, is a growing field that uses big data to treat the individual patient. It uses tools such as DNA sequencing and bioinformatics to ask, “What are the individual characteristics of my patient?” — for example, in her genetic makeup, environment or in the mutation profile of her tumor — and then examines whether this information can be incorporated into medical decision-making. With President Obama’s 2015 Precision Medicine Initiative, the United States government has launched a multimillion-dollar investment in supporting precision medicine.

One of the leaders in this field is Dan Roden, who currently serves as the vice president for personalized medicine at Vanderbilt University. On Oct. 5, Roden gave the 2016 Sir Henry Hallett Dale Memorial Lecture at The Johns Hopkins University in a talk titled “Engineering a Healthcare System for Discovery and Implementation in Precision Medicine.”

Tailoring disease prognoses or choice of drug treatment to the individual patient is not a new concept, and Roden began by giving several examples of how patients’ genetic makeup is already being used to predict their risk of drug side effects. One such drug is procainamide, which is prescribed to treat cardiac arrhythmias. Liver enzymes modify the chemical structure of procainamide in a process called acetylation. People who have a genetic deficiency in these enzymes are called slow acetylators, whereas those with a gene that instead confers strong enzyme activity are called rapid acetylators. Since the 1970s, it has been known that slow acetylators who use procainamide have an increased risk of developing a lupuslike side effect called drug-induced lupus erythematosus. Although procainamide is not a commonly prescribed medication, knowledge of acetylation status could help doctors prescribe the right drug dose to maximize its effectiveness while minimizing the risk of side effects.

How can we broaden our efforts to find gene variants that impact disease prognosis, response to therapy or risk of adverse side effects? By combining large-scale molecular profiling and data collection with bioinformatics, Roden described ongoing projects in precision medicine aimed at discovering new associations. For example, during the check-in process at Vanderbilt outpatient clinics, patients are now given a consent form for a program called BioVU. If they choose to participate, their DNA will be extracted from any blood left over from routine blood tests that would have otherwise been discarded. The DNA is then stored in a de-identified database that can be accessed by researchers. In a related project, called eMERGE, DNA repositories like BioVU are linked with curated clinical data from the patients’ electronic health records, providing a platform for bioinformaticians to mine through the data and uncover new links among specific gene variants, diseases and therapy outcomes.

As an M.D.-Ph.D. student interested in translational medicine, I was particularly curious about tools that could guide clinicians to make better-informed medical decisions based on research findings in precision medicine. One tool is to build guidelines directly into the electronic health record, as Vanderbilt has already done for the drug clopidogrel. In 2010, the FDA added a warning to clopidogrel, a medicine used to prevent blood clots, stating that individual genetic variation alters the efficacy of the drug. Patients who have decreased activity of another liver enzyme due to variants in the CYP2C19 gene are “poor metabolizers” who cannot effectively transform clopidogrel into its active form. Alternative drugs are recommended for patients who are poor metabolizers.

By actively displaying this drug-genome interaction in the patient’s electronic health record, Vanderbilt saw dramatic changes in clinical decision-making related to clopidogrel use. Twelve months into the project, fewer poor metabolizer patients remained on clopidogrel, compared to extensive metabolizer patients (42 percent versus 92 percent), whereas intermediate metabolizers were right in the middle, at 67 percent. Unlike procainamide, clopidogrel is a widely prescribed drug that is used daily by millions of Americans.

The combination of precision medicine and the electronic health record promises to open exciting new possibilities not only to better understand the relationship between genetics and disease, but also to better treat the patient as an individual.