According to the World Health Organization, more than 1 billion adults in the world are overweight, making them candidates for chronic disease and disability. Many of these people have one thing in common: They unconsciously start eating sweet and high-calorie foods to deal with stress and anxiety. And though later detriments to health may ultimately outweigh the initial benefits to mood, it does seem that this sort of behavior can make people feel better. 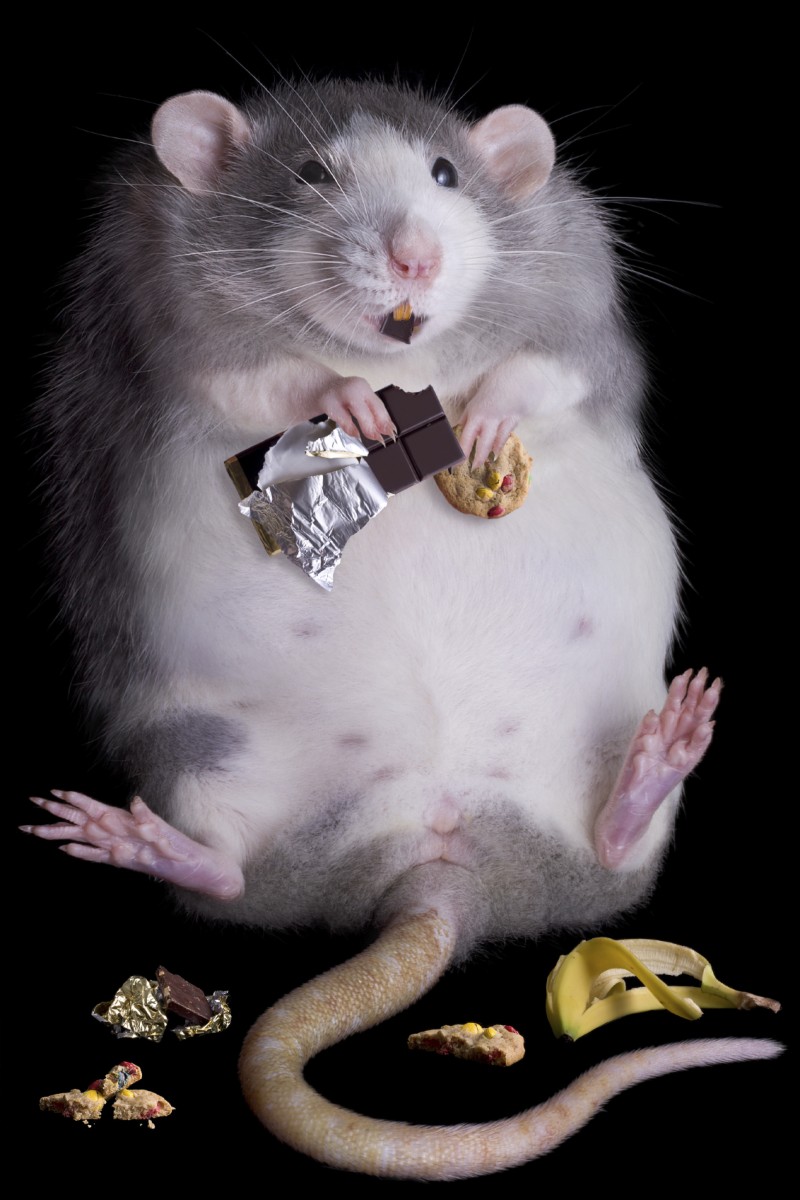 But how is this mechanism possible from a biological standpoint? Researchers at the University of Cincinnati have shown that eating or drinking delicious food can involve parts of the brain that are important for evoking stress-related responses.

In their 2010 study1, Yvonne Ulrich-Lai and her team fed a group of rats a small amount of a high-calorie drink and fed another group regular water. Then they stressed the rats by restricting their movement in specialized chambers. Intriguingly, blood tests from the rats that were fed the sugary drink showed lower amounts of stress-related hormones.

Next, the group wanted to determine if it was the taste or the high calorie content that helped the animals relax. Therefore, in another experiment, they distributed the drink or water directly into each rat’s stomach. Remarkably, there was no difference between the two groups in terms of stress-related hormone production. This result provides striking evidence that the taste, rather than the calorie content of the diet, helps the rats relax while under stress.

The researchers suspected that the basolateral amygdale (BLA), a region of the brain that becomes highly active when one receives a reward, might be involved in producing the observed effect on the stress response. To test this hypothesis, they damaged the BLA of a group of rats and put them through the same experiment. Importantly, the high-calorie drink did not have any effect this time, confirming the involvement of the BLA.

Furthermore, the researchers noticed that rats that were kept on the high-calorie diet for two weeks were less stressed for at least a week after changing back to a normal diet. This suggests that the pleasure gained from eating tasty food has a prolonged effect on the brain’s central reward circuitry, which can help the animal deal with stress.

This study also showed that the BLA does not discriminate based on the source of pleasure. For instance, eating pleasurable food and having sex had similar effects.

Helge Uhrigshardt, a biochemist formerly of The Johns Hopkins University, finds it very important that “sensation, not the calorie intake, is playing the role here, which could be mimicked by something tasting sweet but with no side effects or some other pleasurable activity.” He finds this study to be “interesting, but just one side of the coin.” Otherwise, “fat people should usually be very happy,” he says, “but it’s definitely not the case.”