When attempting to elucidate the function of biological macromolecules, visual representations can be extremely useful tools. Often, these tools can help pinpoint the structural origin of a particular function and are invaluable for understanding how complex systems work. 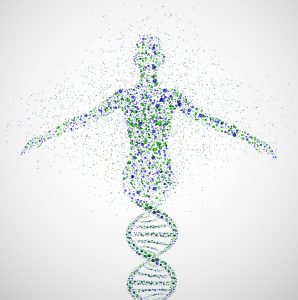 Sometimes it’s just easier to grasp something when you can see it.

That said, obtaining these structures can be far more difficult than you might think. A basic rule of thumb: The more complex the molecule, the harder it is to obtain its structure. This inherent difficulty makes a recent feat by Johns Hopkins scientists even more impressive.

The 3-D structure of the intricate protein system known as the origin recognition complex (ORC) was published in Nature on March 11. Lead author on the paper, Franziska Bleichert, Ph.D., a postdoctoral fellow in the lab of James Berger, Ph.D., determined the structure of ORC using a technique known as X-ray crystallography. Upon purifying and subsequently crystallizing the protein, Bleichert used high-energy X-rays at the Argonne National Laboratory’s Advanced Photon Source to obtain data that allowed her to construct an atomic-level image of the complex.

The ORC system is an elaborate six-piece protein machine (ORC1-ORC6) essential for DNA replication, a process that must be carried out in order for multicellular organisms to continue to grow and thrive. This process is accomplished by a large complex known as the replisome. The ORC is a key component of this process, as it is responsible for the recruitment of other replisome components and the loading of specific proteins, called MCM2-7 complexes, onto DNA. These complexes unwind the DNA, exposing the genetic information buried within the helical, double-stranded structure for replication.

The crystal structure reveals that ORC3, one of five subunits that compose the open, ring-shaped main body of ORC, makes contact with the “tail” subunit ORC6. Mutations in this tail have been shown to inhibit assembly of ORC and are implicated in the development of the dwarfism disorder known as Meier-Gorlin syndrome.

“The crystal structure explains why a mutation in ORC6 that is linked to Meier-Gorlin syndrome in a subset of patients results in defective binding of this subunit to ORC3,” says Bleichert. “The structure also makes specific predictions on how the different ORC protein subunits might interact with DNA in the central channel of ORC and with other replication initiation factors.”1

Further investigation of the structure unveiled that an expected interaction between ORC1 and ORC4, proven to exist through biochemical assays, was nowhere to be found. The crystal structure indicates a snapshot of ORC1 positioned in such a way that it blocks the channel formed by the other subunits and prevents DNA binding. Though unexpected, this finding indicates that ORC is capable of adopting an inactivate mode and is not continuously active as once thought. It is likely that this new structural feature represents a potential regulatory mechanism that requires further study to elucidate.

Importantly, this work shows in a rather astounding way how a structure from a single crystal can reveal biological functions that were previously invisible and provide a visual map for understanding the mechanistic origins of disease.

1. The cited quotation is based on material provided by DOE/Argonne National Laboratory.

Share This Post
DNAdna mutationdwarfism
« Project Bridge: Simplifying Science for the Community » A Project Bridge Event on Multiple Sclerosis and the Role of Patient Empowerment