Approximately 50 percent of patients with heart failure die within five years of diagnosis due to lack of an effective cure. Scientists are working to improve this statistic. Heart failure can be caused by several of the most common medical conditions, such as coronary artery disease, high blood pressure and diabetes, which can compromise the ability of the heart to pump blood.

Now, researchers have discovered that a protein called phosphodiesterase 9A (PDE-9) plays a role in heart failure symptoms, suggesting that its inhibition can prevent or reverse heart malfunction in these patients. PDE-9 is another member of the same family as PDE-5, a protein that its inhibition, using drugs such as sildenafil or tadalafil, is already a popular remedy for erectile dysfunction.

PDE-5 has itself been the focus of several studies investigating its involvement in heart diseases. A decade ago, Johns Hopkins researchers showed that PDE-5 inhibition successfully prevented heart failure symptoms in a mouse heart, but it was not as effective in recent clinical trials in patients with heart failure. Nonetheless, the new findings propose PDE-9 as a much more promising candidate to treat heart failure. 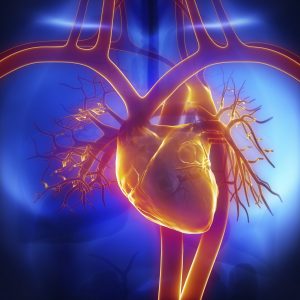 In a letter published in the March 26 issue of the journal Nature, Dong Ik Lee, Ph.D., a research associate in David Kass’ lab in the Johns Hopkins Division of Cardiology, and his collaborators reported that PDE-9 is expressed in animal hearts as well as in those of humans, and its expression is increased with heart disease. This suggested its involvement in the destructive damage to the cardiac tissue that leads to heart failure.

“PDE-9 had been previously found in the brain and some other organs, but due to its very low expression in normal cardiac tissue, no study had been reported about the role of PDE-9 in heart,” Lee explains.

In the experiments reported in this study, rodent hearts, when put under conditions such as surgically induced pressure overload, became dysfunctional and showed symptoms of heart failure. When researchers eliminated the gene that produces PDE-9 or used a chemical to inhibit PDE-9’s activity, heart failure symptoms were ameliorated. Members of the PDE family mainly degrade cGMP, a subcellular molecule that can activate a pathway to prevent cardiac injury in disease. Therefore, inhibition of PDE proteins allows higher amount of cGMP and its subsequent therapeutic effect.

“This study identifies [PDE-9] inhibition as a new therapeutic strategy to increase cGMP in the failing heart,” wrote Saptarsi Haldar, M.D., an assistant professor at Case Western Reserve University Cardiovascular Research Institute, in the journal Science Translational Medicine. Lee and his colleagues also discovered that PDE-9 and PDE-5 target different subpopulations of cGMP, and therefore their inhibition could have different therapeutic effects.

“Lee and colleagues’ exciting observations in mice, when considered together with the fact that older patients with heart failure frequently exhibit cognitive impairment, support the exploration of [PDE-9] as a target for treating heart failure,” wrote Michaela Kuhn, a professor at the Institute of Physiology of the University of Würzburg in Germany, in the same issue of Nature.

Scientists here at Johns Hopkins continue their promising research by investigating the characteristics and therapeutic potential of the other members of the PDE family.