Cracking the Code: How to Create Intuitive Tools for Visualizing Data

These days, science is ripe with “big data” challenges. From next-generation sequencing to complex structural analysis, experiments that were once considered niche are becoming more commonplace in many laboratory environments. A single sequencing run alone can produce up to terabytes of data, and with this massive increase in information comes an inherent need to also increase data analysis capabilities. How does one best represent and interpret so much data?

Visualization of this data — for example, visualizing protein structures using programs such as Jmol or PyMOL — can be exceedingly useful for numerous biological applications. Unfortunately, many tools that are meant to help are difficult to navigate. Owing to the fact that most of these software programs are developed from scratch, they often have bulky user interfaces and mechanisms that are unintuitive to users who are unfamiliar with computer programming. 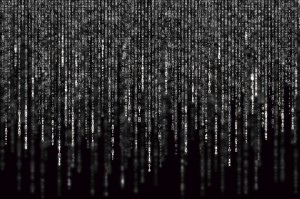 The problem seems to be twofold: One, the people developing the software either don’t understand how or don’t care to generate a user-friendly experience, and two, the amount of individuals in science who are familiar with and capable of coding is starkly lacking.

An interesting solution to the first problem exists in an unlikely setting: video game engines. For years, game developers have made use of these programs to generate new games. However, a unique aspect of video game development lies in the diverse range of individuals interested in making the games; many times, these individuals aren’t computer programmers. This introduces an increased pressure for such game engines to be more user-friendly and intuitive to a nonprogramming audience.

This unique combination of traits makes game engines particularly useful for developing better visualization software in a science setting. In fact, one such molecular editor, called UnityMol, already exists and serves as a proof of concept for future programs.1 The program, which was created using the Unity3D game engine, is available online and allows for the visualization of various biological structures.

Of course, scientists interested in developing similar programs still need to be able to code, a skill that isn’t typically required in current biology courses. Helpful websites, such as Code Academy, exist to introduce newcomers to coding, but the fact remains that coding is a daunting task, especially for people who didn’t grow up doing it.

But what about those who still have the opportunity to be introduced at a young age? Increased efforts to attract young children to coding careers are already well underway, especially those focusing on attracting underrepresented groups to the field. In fact, a recent summer program just opened in the Baltimore area called Minority Male Makers, specifically targeting children who showed potential beyond the classroom setting. In another summer program, Girls Who Code partnered with EA Games to encourage young women to enter a field they may not have otherwise considered.

As technology continues to move forward, more scientists will be called upon to engage in the more technical aspects of dealing with big data. But efforts to improve computer literacy in our youth and to make use of pre-existing solutions will surely help pave the way to more accurate and meaningful scientific analysis.