Pretend for a moment that you’re a developing neuron in the mammalian cerebral cortex. Your cell body, which houses the command center of the neuron, sits in one out of the six cortical layers. Your job is to establish the proper connections with up to thousands of other neurons. How do you establish these connections? How does your axon — a thin, branching fiber extending from your cell body that transmits information to other cells — know precisely where to branch? 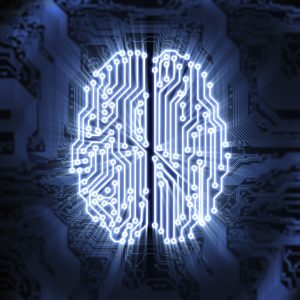 A recent paper led by postdoctoral fellow Randal Hand in Alex Kolodkin’s lab here at Johns Hopkins begins to address this question for a specific type of neuron in the cerebral cortex: excitatory pyramidal neurons, whose cell bodies are located in layers II and III. Although these neurons are best known for their ability to extend axons to the opposite side of the cortex, they also establish local connections within layers II/III and in layer V.

Hand and colleagues wanted to watch how these neurons grew to form their local circuits. For this purpose, they expressed green fluorescent protein specifically in layer II/III neurons in the brains of mice. Then they imaged the newborn, developing brain by taking time-lapse pictures of the growth of these neurons over several hours. Although axonal side branches emerged in all six cortical layers, cortical layer V showed the highest rate of branch formation. Furthermore, only branches in layers II/III and layer V were stable, whereas those in other layers were transient.

What type of signals guide local branch formation and mediate their stability? The authors tested several types of signals from various groups of neurons but did not find any that were required for layer II/III neuronal innervation patterns. Spontaneous neural activity within layer II/III neurons was also not required.

In the future, the authors plan to build upon the information gained from their imaging studies to identify genes essential for the proper formation of the cerebral cortex.