It is no secret that weight loss is a major driver in American culture. In 2013, the U.S. weight loss market recorded a total market value of $60.5 billion1. And while there is certainly an aesthetic push behind weight loss culture, achieving a healthy weight is also incredibly important in terms of personal health.

Almost a decade ago, obesity overtook smoking as the No. 1 cause of preventable death in the U.S. By now, many know of the major risks associated with obesity — including heart attacks, diabetes and strokes — but obesity can also increase the risk of other health problems, such as trouble breathing during sleep, gallbladder disease and even some cancers. 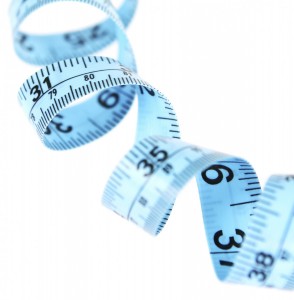 Many solutions have been proposed to combat this national health challenge. In medicine, the most important approach remains lifestyle intervention. Sustainable diet modifications and consistent exercise regimens continue to be the gold standard of weight loss therapies.

Unfortunately, lifestyle interventions may be insufficient for some patients with long-standing obesity, particularly once they develop serious comorbid conditions, such as uncontrolled diabetes and high blood pressure. At this point, physicians often face the decision as to whether to advise more aggressive measures.

This past July, the New England Journal of Medicine published a study demonstrating the weight loss effects of the medication liraglutide as an adjunct to diet and exercise. Liraglutide is a glucagonlike peptide-1 analogue, a class of drugs typically used for treating diabetes. To participate, individuals were required to have a BMI of at least 30 (obese) or of 27–29 (overweight), along with dyslipidemia or hypertension. Participants were distributed into two groups: One group was given liraglutide, while the other was given a placebo. Both groups also received lifestyle intervention counseling. Over the length of the 56-week study, the liraglutide group lost an average of 5.6 kilograms, roughly 12 pounds.

Though the amount of weight lost may seem unimpressive, even relatively small losses in weight can improve patients’ health outcomes and set them on the path to further weight loss in the future. That being said, all medications come with risks. Liraglutide most commonly causes moderate nausea and diarrhea. Doctors and patients must decide whether these effects, as well as the cost of the medication, are acceptable in light of the potential for weight loss.

In the cases where lifestyle interventions and medications fail, bariatric surgery offers an even more extreme solution for uncontrolled weight and its associated comorbidities. Though one could assume the goals of these procedures are primarily aesthetic, these interventions are performed primarily for medical benefit. In fact, many insurance companies are now covering the procedures because they can greatly reduce comorbidities, such as diabetes and, in some cases, even be lifesaving.

Of course, since these procedures are surgical interventions, they come with all the risks of any other similar surgery. On top of that, bariatric surgeries also mandate very strict diets after the procedure, since the patients’ GI systems have been significantly altered.

At the end of the day, the best way to lose weight is through lifestyle changes. Nonetheless, in extreme cases, patients and physicians may turn to more intensive options. These do not negate the importance of diet and exercise but rather seek to augment their effects. Obesity may be the No. 1 preventable risk factor for morbidity and mortality, but its damaging effects remain just that: preventable.

« Biomedical Illustrators: Masters of Art and Science » Highlights from the 2015 American Society of Human Genetics Conference