“Nobody has to read this crap!” Ed Yong began his talk at a recent American Society of Human Genetics symposium, The Art and Science of Science Communication, with a bombshell.

As scientists, we hold information in the highest regard, especially information we discovered while toiling away in the lab. But Yong insists that no one has any responsibility to read the results we’ve worked so hard to produce. The idea that our research isn’t inherently deserving of an audience is a hard pill to swallow for scientists, but it may be unsurprising once we acknowledge the deluge of content flooding audiences these days. If we want anyone to read the results of our work, then we have to present information with a focus on our readers. 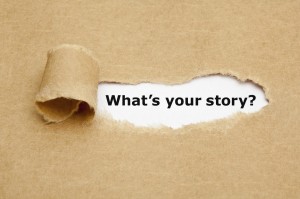 And readers like good stories. They like the honest-to-goodness stories, filled with unexpected twists and surprises, eventually landing on solid conclusions. Readers remember the stories to which they can relate. Yong encourages scientists to fill in audiences on the background of the research, giving a sense of why and how the work was done, as motivation for the cool and exciting results. Instead of omitting flaws and failures, scientists should embrace them and explain our struggles as part of the deep uncertainty of science.

No one has to read about our research, and they don’t have to listen to us either, added Liz Neeley, another distinguished science writer and director of The Story Collider podcast.

Neeley used the vaccination debate as a key example to illustrate how easily science can drown in a sea of noisy misinformation. In this signal-to-noise ratio contest, the loudness of information is often tied to wealth, fame and charisma. When science and scientists are lacking in these traits, our information can be hard to hear above the cacophony. Instead of trying to dampen the noise, Neeley suggests efforts to increase our own signal by doing what we scientists do best. She advocates for scientists to keep asking questions, developing experiments and learning about the world around us. Doing this well and doing this often, she believes, is the most effective way to boost the signal for science.

Everyone who does science is a science communicator, whether we know it or not. And for better or for worse, doing great science is simply not enough. In addition to being good researchers, we also need to be good storytellers, educate the public, defend science and excite the next generation of scientists. We should always strive to improve how we tell our stories, not only to promote our own research but also to advance science as a whole.