Biomedical Photography in the Digital Age

A big change in biomedical photography has been the arrival and permeation of digital photography. To fully appreciate its impact, one must consider the origin of photography. The earliest methods of image capture required assembly of the actual light-sensitive medium. Even today, exposed film has to be developed with specific solutions and transferred to photographic paper to generate the final product. Thus, the process of creating a photograph using film is still relatively labor-intensive. 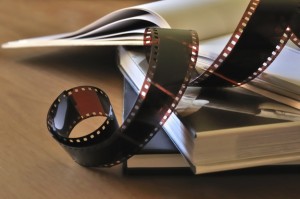 However, film isn’t the only option anymore. The rise in popularity of the digital camera — and its concomitant decline in price in the consumer market — has wakened new generations of latent photographers. The obviation of film processing labor, skill and equipment has facilitated the niche of prosumer photographers. Without the concern for wasting precious, expensive film, anyone equipped with a digital camera can take a nearly endless cascade of photographs, knowing — or hoping — that at least one of them will be perfect. On top of this, the emergence and growing prominence of postproduction manipulation with software such as Adobe Illustrator and Photoshop has emboldened many to venture into photography.

So how does this all relate to biomedical science and data presentation? As it turns out, the advent of a digital age for everyday photographers has introduced some interesting ramifications on research as well.

Norman Barker is a professor in both the Department of Pathology and of Art as Applied to Medicine. He has seen his field of biomedical photography evolve over the past few decades. Barker says that the growing comfort with which researchers capture and produce data can lead to some tricky issues. He has seen some suspicious images that are probably the result of naïve manipulation in software. Selective adjustments to color, brightness and other levels can be misleading, but they may have been done without full awareness of the ethical compromise. Some researchers may try to enhance a signal they are certain is there but perhaps has not visually translated well into the digital representation — as in Western blot films that are scanned for publication.

An egregious example is one where data from one Western blot are copied and submitted as data for separate or unrelated experiments. In recent years, there have been a spate of retractions issued for such fraud discovered in Western blot figures. These are extreme and fortunately relatively infrequent examples of image manipulation, but less egregious postproduction adjustments can often occur. In fact, this has become a big enough problem that many journals now employ image analysis software that is designed to detect manipulations that were selectively applied to only specific regions.

The ubiquity of digital image capture and software has enabled researchers to generate their own beautiful figures, but caution must be taken in their creation. There are both boons and pitfalls to being able to render one’s images in their most appealing manner. Still, though caution is necessary, the growing digital toolbox is one that has democratized the academic field of data presentation.