If you’ve been interested in learning a second language or already speak more than one language, the concept of “bilingual advantage” may pique your interest. Many would agree that speaking more than one language helps us to more broadly communicate but it may also offer cognitive advantages in executive function (processes such as task flexibility, working memory and problem solving). 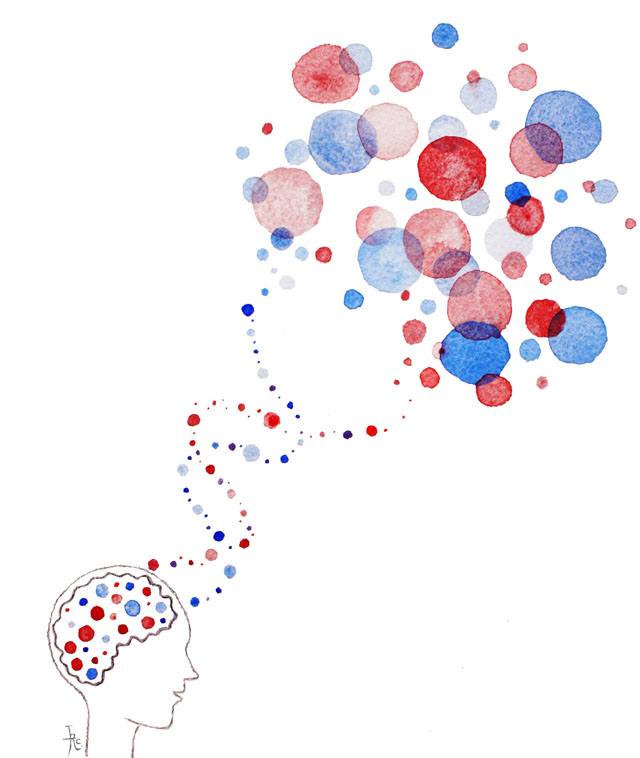 “Bilingual advantage” describes the phenomenon that bilinguals often perform better than monolinguals in measures of so-called “executive control tasks.” These are tasks in which the individual has to ignore one aspect of a stimulus and respond to another. This may be because bilinguals need to use executive control regularly to manage the two languages; for example, speaking in one language without including words from the other language.

One test used to measure executive control tasks is called the Stroop test. In this test, a task is given in which the presented material is directly self-contradictory. For example, being presented with the word “red” printed in blue ink and then being asked to identify the color of the ink. This involves executive control and is not easy because the meaning of the word (red) conflicts with your ability to name the ink color (blue).

Emily Coderre, a postdoctoral fellow in the Johns Hopkins School of Medicine explains that regular use of executive control may strengthen such abilities and that “bilingual advantage” is evident not only in tasks that involve language. Coderre and her colleagues have used neuroimaging techniques such as electroencephalography (EEG) and functional magnetic resonance imaging (fMRI) to collect measures of brain activity while bilingual and monolingual subjects perform executive control tasks.

In one study, EEG was used in monolinguals and bilinguals while they performed a variation of the Stroop test that presented a distracting color word (which subjects need to ignore) just before or after the ink color (which subjects needed to report on). Coderre says “We saw differences in the EEG suggesting that bilinguals were proactivity suppressing the meaning of the word to reduce the amount of interference it caused.” Coderre and her colleagues have also used fMRI to compare bilinguals and monolinguals in a language-based executive control task (ignoring distracting words), a non-linguistic executive control task (ignoring distracting arrows) and a language task.

Analyses of brain area activation showed functional overlap in the left inferior front gyrus (LIFG) which is a region that has been shown to be involved in language control. In contrast, the monolinguals did not show overlap in any brain region. Coderre explains these findings suggest “that the interdependence of language and executive control in bilinguals selectively enhances the functional recruitment of this brain region, and demonstrates that being bilingual can change the way your brain functions.”

More recently, Coderre has joined a group in the division of Cognitive Neurology/Neuropsychology in the Department of Neurology that focuses on cognition in typically-developing adults and clinical populations. Coderre is applying her background in cognitive neuroscience and language processing to understanding and improving language in individuals with autism. Coderre says “Language deficits are one of the core features of autism spectrum disorders, yet there is still much that is unknown about the brain functioning underlying these deficits”.

So, have you been convinced of the benefits of the bilingual advantage? If so, perhaps you’d like to learn a new language — whether to broaden communication, benefit from changes in cognitive function or just for fun? The Johns Hopkins School of Medicine offers opportunities for post docs to audit Johns Hopkins classes. Or for anyone looking to dabble with something less formal, consider free online lessons.