Words and Their Stories: The History and Future of Two Spirit Communities 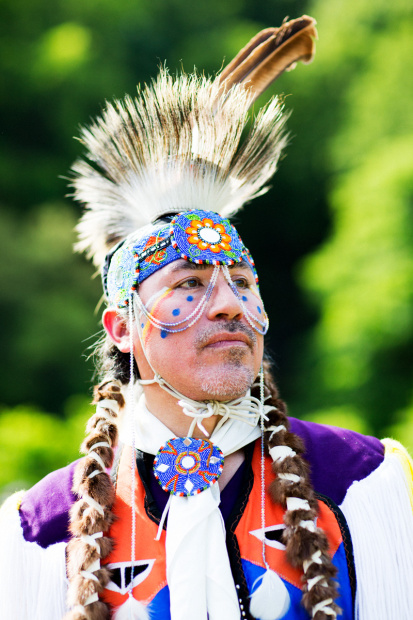 Harlan Pruden identifies himself as a Two Spirit member of the First Nations Cree. In the simplest terms, Pruden explains, “Two Spirit is the intersection of those folks who identify as Native, indigenous, First Nations, or aboriginal, and who also identify as LGBT.” To equate the Two Spirit community with the LGBT Native American community would be technically accurate but also inadequate; the concept of Two Spirit carries centuries of additional backstory, descriptions of which comprised the majority of a lecture from Pruden entitled, “Two Spirit Then and Now: Working Towards Community Healing and Wellness.”

Throughout his presentation, Pruden shared stories, histories, experiences and himself with his audience at the Johns Hopkins School of Nursing. He defined a rich and fiercely important vocabulary of words, and he explained how the stories and histories of those words have driven the experiences of countless people for hundreds of years.

The first words Pruden defined were “sexual orientation” and “gender,” terms familiar to his audience but also important enough to define explicitly. Afterwards, he defined “berdache,” the word used to describe non-binary-gendered Native people from the fifteenth century until 1990. From its origins in Persian, through Italian, Spanish and French, the history of “berdache” has been crude, dismissive and often derogatory. And in the context of these words and their stories, Pruden finally defined “Two Spirit,” a phrase chosen by the Native community to replace “berdache” in describing Native people who “reflect the combination of masculinity and femininity.”

Pruden shared pages and pages of words describing different genders in different Native American Nations. In modern Western societies, we typically recognize two genders, male and female. In contrast, the Cree language historically included six words for people of different genders — three biologically male, and three biologically female — all with their own cultural norms, roles and expectations, just like men and women have in modern Western culture. This diversity of genders is not unique to the Americas; Pruden shared terms used to describe non-binary genders in Native communities across the world.

The stories of these words eventually gave way to the words “historical trauma,” which Pruden explained as the tremendous destruction of Native cultures, communities and traditions perpetrated intentionally and often violently by the United States government. This is a story I’ve heard many times, but it was especially poignant in the voice of someone who had personally and quite literally experienced the abuse he described. Through centuries of this trauma, many First Nations communities lost their Two Spirit roles, often resulting in the dislocation of Two Spirit people from their own communities and lands.

Perhaps inevitably given this context and their history, American Natives are at a higher risk than the general population for a slew of medical problems and infectious diseases, including HIV and AIDS. But the growth of Two Spirit organizations has allowed collaborations with the medical community to target and educate some of the most high-risk community members. Pruden’s presentation ended on a high note as he shared encouraging statistics showing the successful education of Two Spirit leaders about HIV/AIDS treatment and prevention — one of the first steps, we hope, toward community healing and wellness.