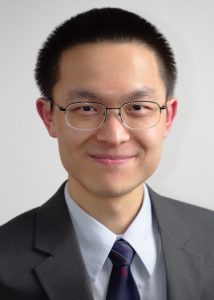 During his time at the Johns Hopkins University School of Medicine, Liwei Jiang, a graduating fourth year, found himself interacting with classmates and faculty members who were passionate about teaching. One such professor, Dr. Donna Magid, encouraged him to seek ways to make radiology more engaging and accessible to new medical students.

"I didn't expect to get involved with medical education," says Jiang. “It just sort of happened.”

It’s not a surprise that Jiang’s time at the School of Medicine influenced him to consider the importance of sharing knowledge and an enthusiasm for medicine to underclassmen. Home to the legendary clinician Sir William Osler, Johns Hopkins has prided itself on educational excellence through practice. After all, it was Osler who said, “To have a group of cloistered clinicians away completely from the broad current of professional life would be bad for teacher and worse for student. The primary work of a professor of medicine in a medical school is in the wards, teaching his pupils how to deal with patients and their diseases.” 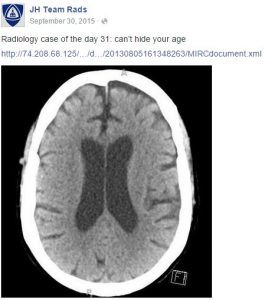 The Johns Hopkins Hospital established a medical school only four years after it opened in 1889. The first class was revolutionary on its own — there were three women accepted into the program at the behest of wealthy donor, Mary Elizabeth Garrett. Johns Hopkins also has the oldest medical illustration program in the country (founded in 1911) and is currently home to the top school of public health and school of nursing. In particular, Johns Hopkins has remained a place where students come to develop skills, knowledge and competency in their fields of interest.

At a recent conference at Johns Hopkins held by the Institute for Excellence in Education, Jiang presented his educational intervention. "I worked together with Christopher Bailey (a current Osler intern) to find a way to use the power of social media to deliver — or ‘push’ — radiology cases to first-year medical students during anatomy,” says Jiang. “I thought it could complement the anatomy course lectures.” 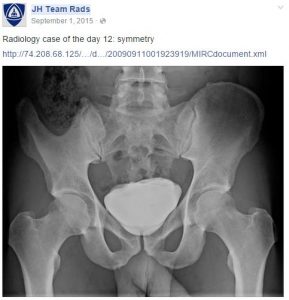 If “pull learning” requires significant effort on the part of the learner through the navigation of complicated sites or multiple resources, “push learning” harnesses technology to bring learning opportunities to students. Jiang used both Facebook and an Internet tool called Buffer to create an automated case-based radiology anatomy delivery system that inserted interesting cases into students’ newsfeeds. The educational innovation was overall well-received and left Jiang with an excitement for medical education. “I’m hoping to continue to find ways to improve medical education during residency too,” he said.

Stephanie Zuo ⋅ A Day in the Life, Perspectives in Research Radiology, Social Media ⋅

« Building Brain-Machine Interfaces That Are Here to Stay » From Opera to Burlesque, Johns Hopkins Shows Off Talent at Spring Tonic