Lithium is a first-line treatment for patients with bipolar disorder, which is characterized by mood swings between mania and depression. Although widespread use of lithium to treat mania began around the mid-20th century, we still know relatively little about the compound’s mechanism of action. And we know even less about why lithium fails to treat some patients while practically curing others. 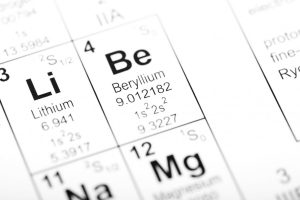 When a patient responds well to lithium, mood swings and suicidal tendencies are significantly reduced, and the probability of relapse is strikingly diminished. But over one-third of people who seek treatment for bipolar disorder go through a trial-and-error phase of up to a year just to find out that lithium does absolutely nothing for them. Knowing ahead of time whether someone is a lithium responder could substantially improve treatment efficiency, provide a clue to the poorly understood biological origins of bipolar disorder and help develop new treatments for nonresponders.

Until now, the search for a genetic marker of lithium's effectiveness has been largely unsatisfactory. Three genomewide association studies (GWAS) have scanned the genomes of patients with bipolar disorder to find small genetic differences, called single nucleotide polymorphisms (SNPs, pronounced “snips”), that are correlated with lithium response. Unfortunately, early studies were unable to produce replicable results or simply found no significant associations. These negative results may have occurred for myriad reasons, including relatively small sample sizes and inconsistent criteria for what counts as a “response” to lithium.

The most recent GWAS, a collaboration across 22 different institutions, including The Johns Hopkins University, analyzed the genomes of 2,563 participants with bipolar disorder across Europe, America, Asia and Australia. The researchers found four SNPs grouped in a small region of chromosome 21 and shared by the patients who responded to lithium.

The researchers conducted a short follow-up study to add confidence to these results, tracking 73 patients with bipolar disorder over two years of lithium treatment. Patients with the relevant SNPs had a significantly lower rate of relapse compared to those not carrying the SNPs. Unfortunately, these SNPs occur at such low frequency in the population that screening patients for these genes would be informative for only a small fraction of lithium nonresponders. However, these findings are a good start and will inform future studies looking into interactions between lithium and the genes related to the four SNPs.

One intriguing observation from this study might be that the four SNPs are found within a region of the genome containing only two genes for long noncoding RNAs (lncRNA, pronounced “link-RNA”). A huge portion of the genome contains genes that produce lncRNAs and other smaller RNAs that, unlike messenger RNAs, do not code for proteins. In fact, the entire human genome consists of at least as many lncRNAs as protein-coding genes (about 20,000). However, it is unknown how many of these lncRNAs are functional.

Incredibly, around 40 percent of lncRNAs are specifically active in the brain, and some are critical for brain development and function. A few others have been implicated in brain disorders, including autism spectrum disorder and schizophrenia. By changing cells’ abilities to make proteins or by modulating proteins’ functions, lncRNAs have the potential to tweak most cellular functions — leading to extremely diverse effects. This means that if the two lncRNAs identified in the current GWAS actually play a functional role in the lithium response, this could make lithium’s effects on bipolar disorder even more difficult to pin down. Nevertheless, future studies now have new targets to probe, continuing a complex quest to explain lithium’s clinical success.