The Wish for a Womb: How Uterus Transplants Can Make Pregnancy Possible

After success in Swedish trials, the first uterine transplant was performed at Cleveland Clinic in the United States this past February. The research in Sweden had shown that these transplanted uteruses could carry babies and produce live births. 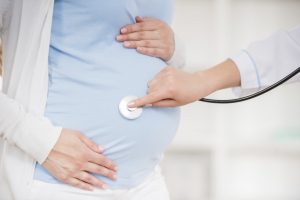 The often troublesome side effects of having a uterus — namely painful or heavy periods, among other issues — may leave many wondering why anyone would want one. However, a uterus is necessary for fertility. For some women who have never had a uterus because of a congenital anomaly or syndrome, or those who have lost their uterus to an infection or other medical condition that required their uterus to be removed, these transplants can correct uterine factor infertility (infertility related to the absence of a uterus).

Prior to the advent of the uterine transplants, the only hope for women with this condition who wanted to get pregnant was either adoption or pregnancy through a gestational carrier. While surrogacy is an option for couples who have trouble with infertility, it is very expensive. This can be difficult for both the surrogate, who may be placed in a vulnerable position if she needs the money, and the couple, who may not be able to afford the necessary procedures.

The reason why some women have uterine factor infertility varies. Some women lose fertility after suffering from life-threatening infections in their uterus. Others, like the first patient who received the transplant in the U.S., have Mayer-Rokitansky-Küster-Hauser (MRKH) syndrome. This is a congenital disorder in which a woman is born with ovaries but without a uterus. Although it is rare, affecting only one in 4,500 girls at birth, it can have tremendous emotional and cultural implications for patients.

Having a transplant, however, is no walk in the park. It includes taking anti-rejection drugs both before and after the transplant. Even once a transplant is complete, there are further steps to getting pregnant. Women have to wait at least a year after transplant to attempt pregnancy, and eggs must be retrieved and embryos frozen in a lab before they can be transferred into the newly implanted uterus. In addition, it requires taking the anti-rejection drugs throughout pregnancy and having a monthly cervical biopsy to confirm that the new uterus, now home to a baby, is not being rejected.

But these transplants aren’t permanent. To prevent future complications with this “nonlife-sustaining” transplant, the new protocol calls for the removal of the uterus after one or two pregnancies.

While some may question the ethics of a procedure like this and its implications, it is somewhat similar to what assisted reproductive technology can do. As Jeffrey Kahn, a medical ethicist at The Johns Hopkins University, said in a recent New York Times article, “We’re doing lots of things to help people have babies in ways that were never done before. It falls into the spectrum.”

While the recent U.S. transplant failed shortly after it was placed due to a suspected vaginal yeast infection that compromised the blood supply to the uterus, there still lies hope in this procedure. With that also remains the hope for pregnancy for some of these women, and continued research into the safety, feasibility and ethical implications of this procedure.

Transplanted Uteri
Sometime in 2013 a 35 year old woman who lacked a uterus since birth underwent transplantation of a uterus from her 61 year old postmenopausal friend, who had given birth to two children during her reproductive years. Read more on the PodMed blog.

No Womb for Error
At Johns Hopkins’ Center for Fetal Therapy, specialists are pushing the boundaries of prenatal treatments to give mothers and their at-risk unborn babies the best shot at life. Read more.

1 thought on “The Wish for a Womb: How Uterus Transplants Can Make Pregnancy Possible”