The technology behind genome sequencing and the science of genomics has advanced incredibly quickly over the past decade. However, in the process, it has come to light that only 1 to 20 percent of common disease heritability can be attributed to the normal genetic sequences of our chromosomes. Instead, epigenetics — in the form of modifications to the DNA itself, such as methylation and histone modifications — plays a much more important role. 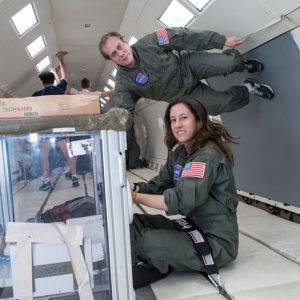 Andrew Feinberg, director of the Center for Epigenetics, recently gave an exciting talk titled “Epigenetics at the Epicenter of Genetics and Environment in Common Human Disease” at the Institute for NanoBioTechnology symposium held this past May on the Johns Hopkins medical campus. The Feinberg lab has played a critical role in the epigenetic revolution, demonstrating the influence of epigenetics in diseases ranging from diabetes and metabolism to autism and cancer.

Epigenetics specifically refers to biological mechanisms that change gene expression without direct DNA sequence variation. These changes can lead to stable differences in how the cell looks and functions. For instance, our understanding of epigenetics allows us to explain why a cell lining the stomach behaves differently than a neuron, despite both cells possessing the same genetic material in their 46 total chromosomes. Each cell’s unique differences in epigenetic changes are collectively referred to as its epigenome.

The new frontier for epigenetics research, however, lies in epigenetic epidemiology, which specifically studies disease-causing changes in the epigenome. In environmentally driven diseases, like cancer and diabetes, an array of factors — including smoking, diet and sunlight exposure — have been shown to play huge roles in the disease process because of changes in gene expression primarily controlled through epigenetic mechanisms.

The value of the study of epigenetics has become more apparent with the passing of each year. Contributions to science from the Feinberg lab have been wide, ranging from demonstrations of the involvement of epigenetics in evolution and development to the establishment of epigenetic epidemiology as a subfield. Among the many unique and interesting studies being undertaken in the Feinberg lab, its examination of the effect of microgravity on the epigenome in a twin study of NASA astronauts Scott and Mark Kelly is particularly intriguing.

Part of the challenge of comparing the epigenomes of astronauts Scott and Mark pertained to sample collection; NASA previously did not allow astronauts to perform biological assays while in orbit, as it feared that handling the bodily fluids by pipetting would aerosolize the sample, which could be dangerous from an infection standpoint. As a proof of the safety of pipetting and proof of concept for genetic sequencing in microgravity, Feinberg took to the skies aboard the NASA parabolic arc plane that enables brief bouts of microgravity to be experienced (watch here). On the plane, Feinberg tested pipetting biological samples using different tools to demonstrate their safety.

After Feinberg’s successful demonstrations, NASA astronauts will be allowed to use easier and less expensive sample collection and processing while aboard the International Space Station.