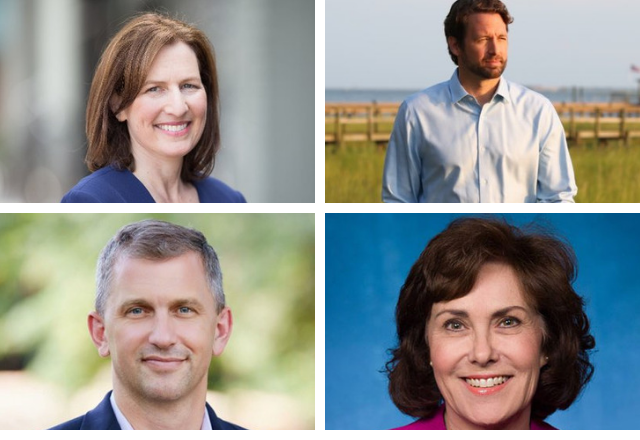 In the wake of midterm elections, nine new STEM professionals will take seats in the U.S. Congress, eight in the House and one in the Senate. Since the 2016 elections, I have been party to countless discussions with other scientists expressing concern about the deliberate shift away from an evidence-based approach in policymaking. The shift away from science has taken its toll on the public, as concerns regarding access to health care and fighting climate change motivated many midterm voters. Luckily, several new STEM professionals galvanized by these issues rose to the occasion and ran for office in this election cycle.

The STEM backgrounds of the nine new representatives range from computer programming to biochemical engineering and medicine. Here is a brief introduction to some of the successful candidates who highlighted science-rooted issues in their campaigns. (Of note: STEM professionals still represent only a fraction of Congress. Democratic Rep. Bill Foster of Illinois, a physicist, remains the only Ph.D. scientist out of 535 representatives in Congress.)

Jacky Rosen (Democrat), a computer programmer, won the Senate race in Nevada. She previously served as a House representative of Nevada’s 3rd District and was a key player in the construction of an extensive solar array in a Las Vegas suburb. Her successful campaign hinged on health care reform and providing access to clean energy.

Joe Cunningham (Democrat), who worked as an ocean engineer before becoming a lawyer, won his hotly contested House race in South Carolina’s 1st District by focusing his campaign on opposing offshore drilling, among other local issues. He will be the first Democratic representative for that district since 1981, emphasizing the hurricane-stricken region’s concern for the environment.

Kim Shrier (Democrat), a pediatrician, was elected to represent Washington state’s 8th District and will become the first female physician to be a representative in the U.S. Congress. Her campaign hinged on addressing the negative effects that climate change, as well as tariffs, have had on central Washington’s farmers.

The power shift from a Republican to Democratic House majority bodes well for science-based legislation. Notably, we are likely to expect a surge in probes into the various efforts of the current administration to undercut environmental regulations. Furthermore, the current head of the House Committee on Science, Space, and Technology, Republican Rep. Lamar Smith of Texas, a vocal climate change denier, will likely be replaced by Democratic Rep. Eddie Bernice Johnson of Texas, a psychiatric nurse by training. Johnson, in stark contrast to her predecessor, has voiced her dedication to acknowledging and fighting climate change as future chair. Hopefully, with these changes, supplemented by nine additional STEM advocates in Congress, science will be more aptly respected and effectively used in policymaking in this upcoming congressional term.